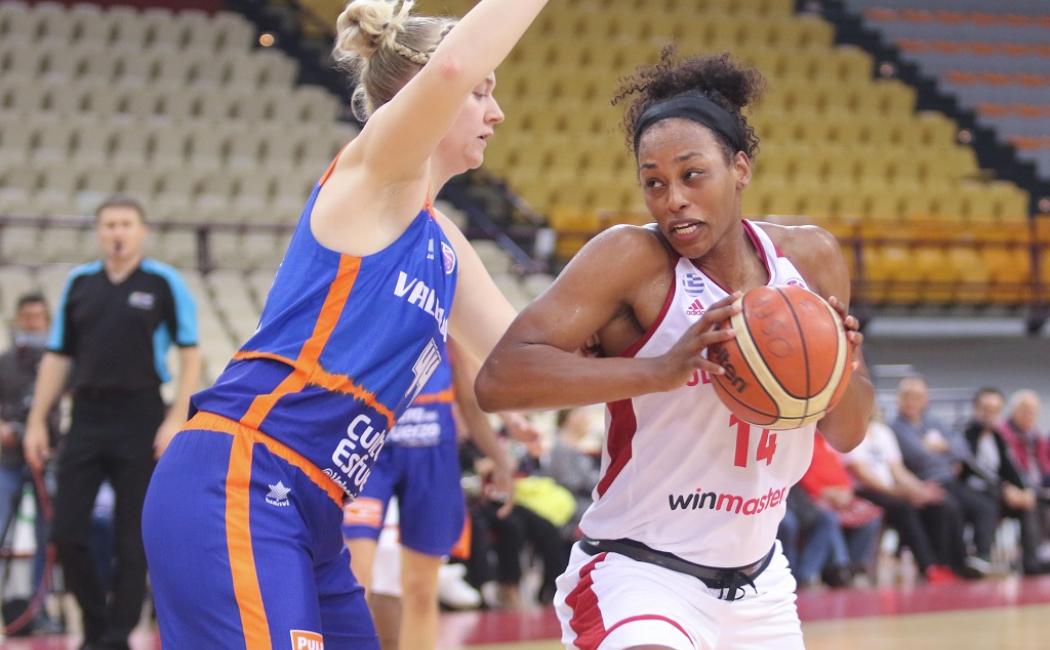 Olympiacos was losing by Valencia with 14 points in the Peace and Friendship Stadium, tried to overcome the score but failed to make a complete comeback and was defeated by the Spanish team (78-75). The Reds had a bad third quarter and although came back, lost for a point at the end.

Jackie Gemelos and Jessica Thomas had 14 points in a match which the fans supported the athletes of Giorgos Pantelakis.

Giorgos Pantelakis stated: "It was a game that we had to be serious for 40 minutes. We started the game very well, in the second quarter were unjustifiably hesitant and made some mistakes in our attack. We allowed Valencia to score easy points and came close to scoring but we finished the halftime having the lead. The third quarter was devastating. We were bad and in the fourth quarter, changed our tactics and needed few minutes to adjust to that kind of the game and were very good. We went a point ahead but some bad choices in defense and some in the offensive deprived us of victory. ”

Jackie Gemelos mentioned: "We had a bad third period and it affected us a lot. We went up in the fourth period, managed to get closer to the score and went ahead. We have to keep this effort and the character that we showed in that period. If we were playing the whole game like in the fourth period, the match would be different for us but we didn’t achieve it”.