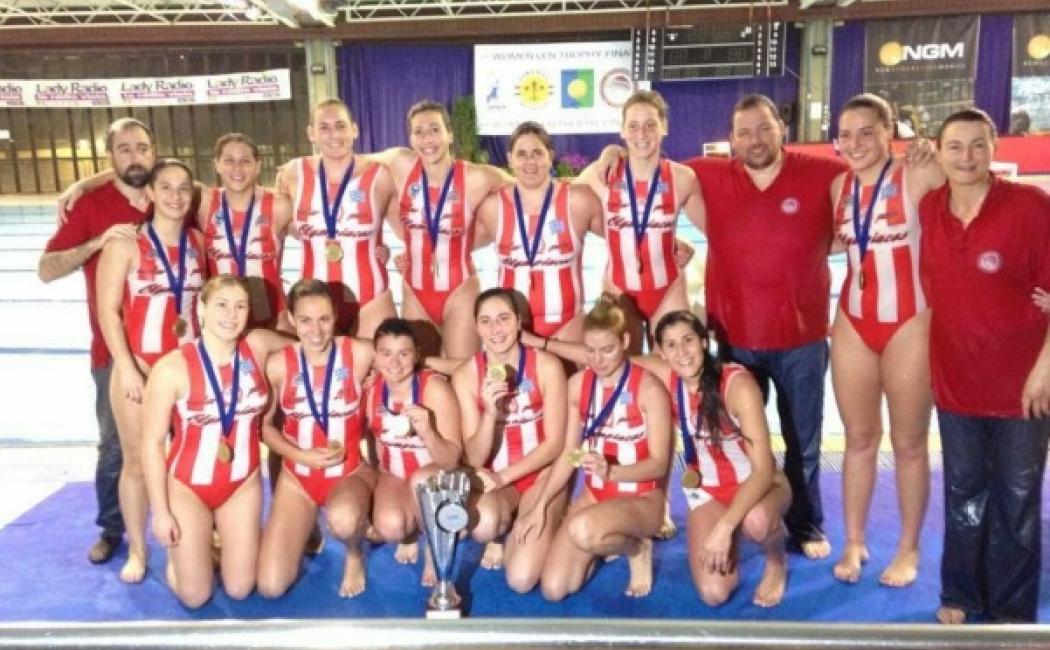 Olympiacos won its first ever European cup in women’s water polo on Saturday as it became the third Greek team to win the LEN Trophy, Europe’s second-tier competition.

The Piraeus club defeated Firenze 10-9 in the final held in Florence, where the tournament’s final-four was organized.

The Reds practically played an away game, which was also evident by the attitude of the referees toward it, but enjoyed the support of a few dozen Greeks at the stands.

Olympiakos led for virtually the whole of the game, never allowing Firenze to take the lead, but the hosts equalized 9-9 three minutes before the end.

Just as the game seemed destined for overtime, Olympiakos’s Australian star Bronwen Knox broke free in the counter attack to score the winning goal 23 seconds from the end.

Pavlides said: ‘’Congratulations to the girls. I dedicate this trophy to the Olympiacos fans that are next to us.’’

Manolioudaki underpinned: ‘’We have been able to win the Trophy against the arbitration. We wanted it and finally, got it. Congratulations to all the girls and to the coach and we greatly thank the administration and the fans for their support. "