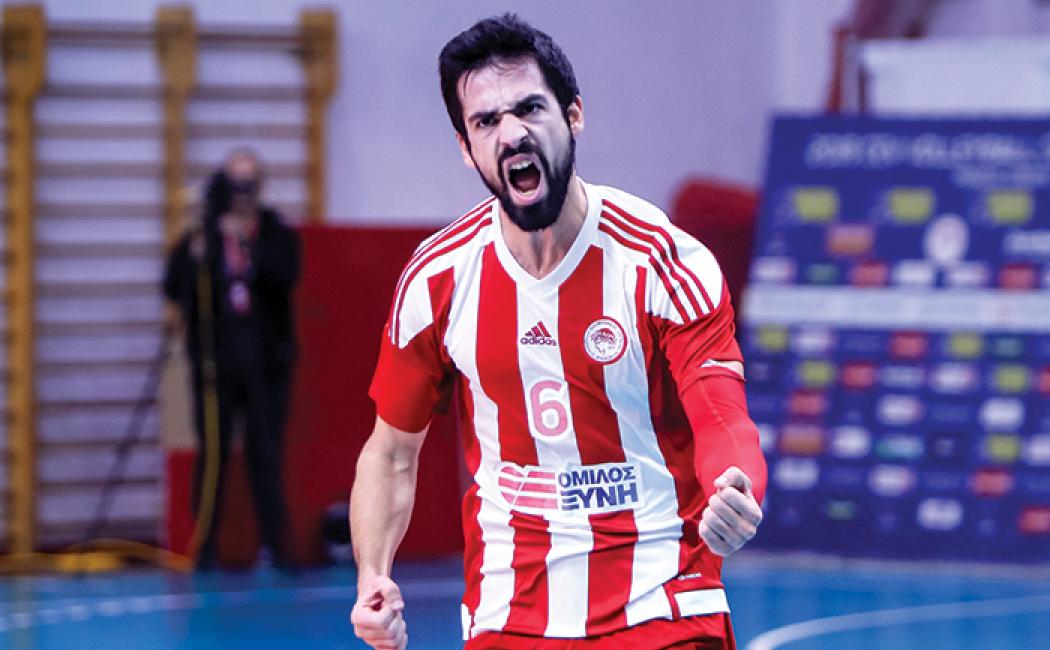 Olympiacos qualified to the third round of the EHF Cup, as won against Komlo with 27-22 and overturned the result of the first game (34-29) in Hungary. Having the support of 1.500 fans, the ‘’Reds’’ had an impressive performance and celebrated the important success. It achieved a high-standard performance against a very strong team of the Hungarian championship. The team of Giorgos Zaravinas kept the lead throughout the game and the margin to the five goals.

Olympiacos started the game very well and took a lead of five goals in the middle of the first half (10-5) equalizing the margin of the first game. Sanikis scored for 11-6 and then the Hungarian team reacted making a 5-0 run to tie the match (11-11). Lemos stopped this run giving the lead to the Greek team again and Tziras boosted the margin to two goals. Markovic scored a minute before the end and the first half ended 14-12.

In the second half, Komlo tied to 15-15 but Olympiacos did a 9-1 run having an excellent defensive performance (23-16). Specifically, the ‘’Reds’’ kept the opponent scoreless for ten minutes making an important step for the qualification. Komlo replied with two goals six minutes before the end reducing the difference to 25-20. Tziras scored twice to give a seven-goal lead to Olympiacos again but the Hungarians reduced to 27-22 just a minute before the end of an amazing game. Tsilis failed in the next attack but the ‘’Reds’’ maintained their strong defense in the last phase and celebrated the qualification to the next round of the EHF Cup!

The Head Coach, Giorgos Zaravinas underpinned: ‘’It’s a competition with very strong teams and it’s important that we will play two games against one of them. The fan support is a key issue for our success giving the chance to the foreign players to realize how important is to play for Olympiacos. Now, we focus on the game of the Greek Championship on Wednesday and expect to have a good performance.

The Olympiacos captain, Konstantinos Tsilimparis stated at olympiacossfp.gr: "It’s the first historical qualification of the department in the next round. Any Greek team hasn’t qualified to this competition for many years. We expected a large number of fans who helped us to qualify. We knew that should improve our defensive performance and did it. Also, we were very good offensively as much as in Hungary. We could win easier but we are very happy with the qualification. Now, we know that it is very possible to draw with a difficult team but we will do our best to continue in the competition as much as we can’’.

Dimitris Tziras mentioned: "It's the first European qualification in the history of the department and we are very pleased about this achievement. The fans gave us an extra motivation today to achieve this qualification. Although the Hungarians reacted and reduced, we kept calm and Tsilimparis did an amazing save. These qualifications make us better team’’.