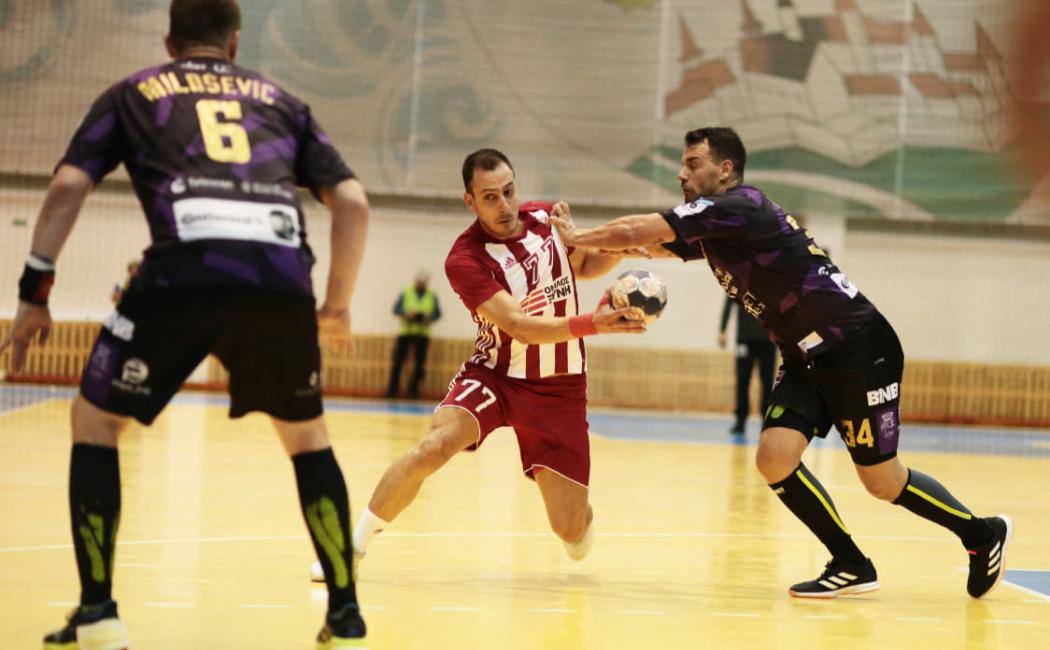 Olympiacos will fight for the qualification in the rematch!
Monday, 7/10/2019

Although it had controlled the game going ahead until 3 minutes before the end, Olympiacos was defeated by Timisoara in Romania (31-29) in the first game of the second qualification round of the EHF Cup. The “Reds’’ led with 27-22 but a poor performance in the last minutes gave the opportunity to the Romanians to reach a 31-29 victory. The rematch will take place at Rent on next Saturday (12:10, 19:00).

The Head Coach George Zaravinas stated: "Throughout the game we were not good defensively, something that continued in the final part of the game even when we tried to change our performance. We didn't deserve the victory and we paid for it."

Charis Mallios mentioned: "At this leve,l you have to play for 60 minutes well.  For 50 ones, we imposed our pace on defense and attack. We have to correct our mistakes and having the world on our side, we can get the win and the qualification at Renti."