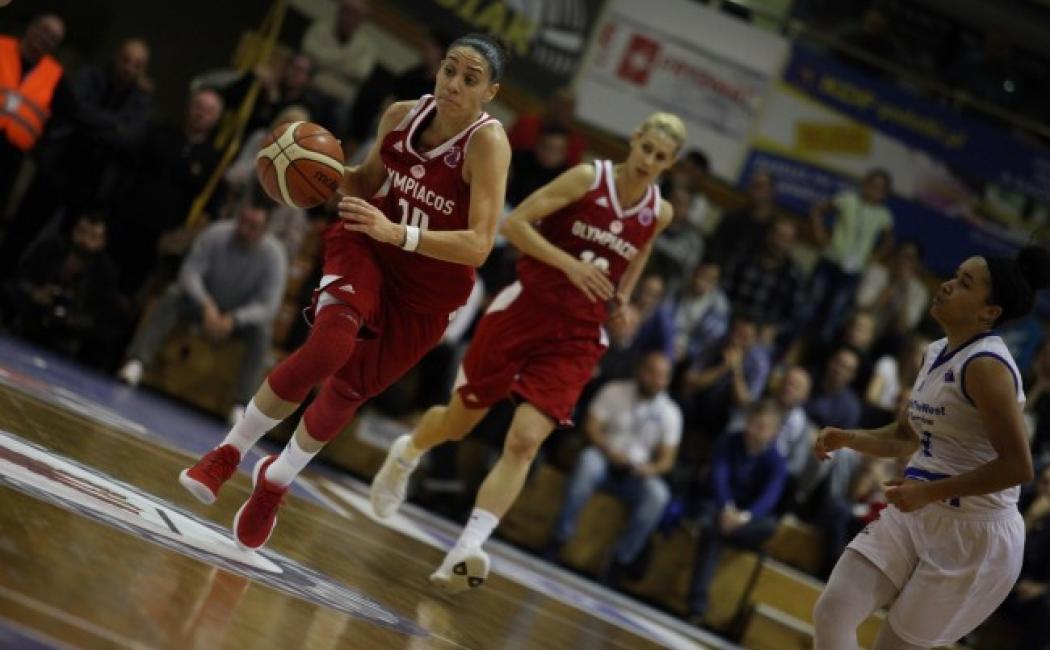 Having an excellent performance, Olympiacos beat Gorzow 56-85 which was the third victory in four EuroCup games. The ‘’Legend’’ needed twelve minutes to impose its rhythm with Kaltsidou, Macaulay, Nikolopoulou and Spiridopoulou being the most valuable players. At the end, Chatzinikolaou scored important points and the team got another important win for the qualification to the next round.

The game was balanced in the first quarter as none of the teams took a clear lead. The Polish team got off to a promising start (11-6) but six consecutive points by Kaltsidou and a six-metre shot by Macaulay gave the lead to Olympiacos for first time (15-16). Nikolopoulou scored a free throw and Anderson joined a three-point shot keeping the ‘’Reds’’ within 23-21 at the end of first quarter.

Olympiacos run a 14-0 streak at the beginning of the second period with Nikolopoulou and Macaulay leading the offence. After a steal, Nikolopoulou fed Sotiriou for a two-point shot giving a twelve-point margin to Olympiacos (25-37). The hosts made an effort to come back before the end of the first half (34-40).

In the second half, Olympiacos was dominant. Spiridopoulou hit a triple and Macaulay did a six-metre shot to boost Olympiacos’ lead to +17. Gorzow tried to close but the excellent defensive game of our team sealed the outcome of the third quarter (44-60).

Olympiacos was also strong in the fourth period. Consecutive points by Chatzinikolaou and Spyridopoulou led the margin to +28 (44-72). The team continued to control the tempo increasing the difference to +33 (50-83) and took a huge victory. Olympiacos did a great result In Poland which creates high expectations for the next games in EuroCup.

Nikolopoulou stated: ‘’It was a tough game against a very good team. After the loss in the previous week, we needed a positive result in the tonight game. We prepared our plan to win and got it.’’

Kapogianni said: ‘’We know that Gorzow is more confident at home. So, we needed to win so as to prove that we are a top team. At the beginning of the game, we were a bit nervous because of the fantastic atmosphere that Polish fans created.  However, we improved our defence game and didn’t allow them to score easy points. Also, we had an excellent offensive performance as we implemented our plan absolutely. Congratulations to our players. This victory makes us feel more confident. Every player is important for the team and must be ready to play. Of course, everyone needs some time to be adapted to our plan.’’

Spyridopoulou stated: ‘’It was an important game for us. We had prepared appropriately so as to win. Now, we focus on the game with the national team and after that we will prepare for the next ones. Our performance becomes better and better which is very crucial for us.’’

Missas said: ‘’First of all, congratulations to the players. They were so concentrated, especially on the defence. They were also passionate and patient and found the best offensive solutions. The opponent made us some problems but the coach planned two other tactics and the players broke the zone press. Now, we have to face the problem that lots of players have games with national team. It would be a great time to correct some mistakes and improve our tactics. We don’t know the consequences of this break and how it will influence our preparation for the next European games.’’