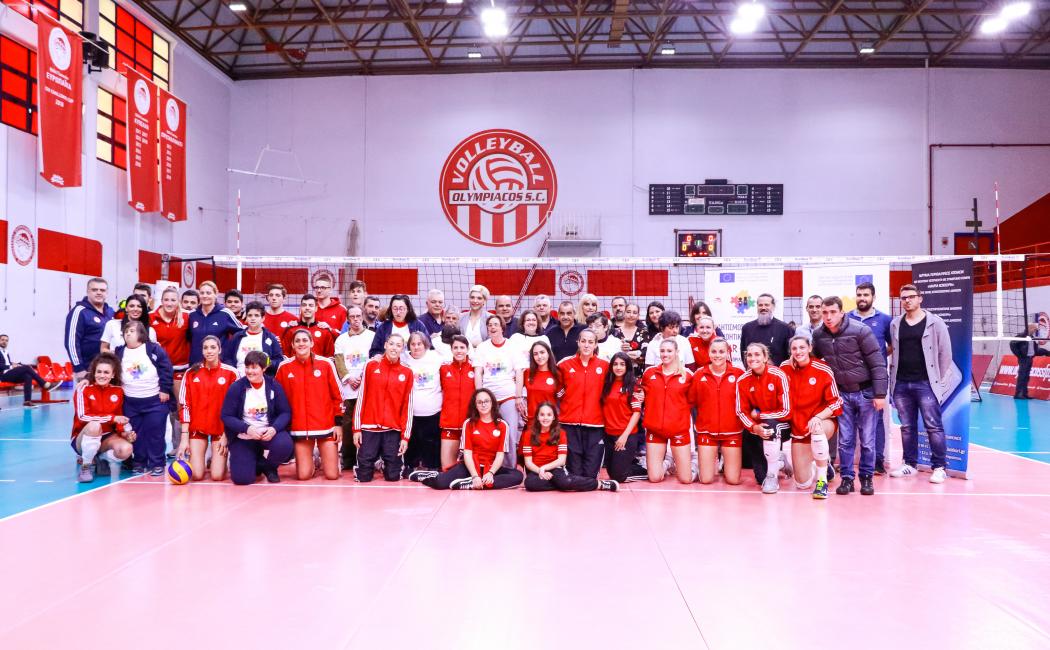 Olympiacos proved its social profile again organizing the event "Sports and People with Mental Retardation" at the ‘’Melina Merkouri’’ sporting hall. The event was held within the framework of the European project "Sports For Different Heroes" co-funded by the European Union, in which our club participates and leads focusing on the social integration of people with mental disabilities. The event organized in cooperation with the ‘’M. Kokkori’’ Institution, the Municipality of Piraeus, the O.P.A.N. and under the auspices of the European Union, the Municipality of Nikaia-Renti, the UNESCO, the Xinis Educational Group and the C.J.T. Sports Management Company.

The event started with the bazaar held at the foyer of the sporting hall since 14:00 until the full-time of the ‘’Olympiacos – Thetis Voulas’’ women’s volleyball match. This bazaar organized by the Institution ‘’M. Kokkori’’ attracting the interest of the Olympiacos fans who support the club initiative. Moreover, the club organized sport activities for the people hosted at the ‘’M. Kokkori’’ Institution so as to entertain and play sports. The participants had the chance to practice their bodies and enjoy their time under the guidance of the athletes of the men’s and women’s volleyball departments as much as the volleyball and handball academies. Olympiacos athletes enjoyed their interaction and sport activities with these people demonstrating the importance of organizing such actions.

This project is the personal inspiration of Olympiacos General Secretary, Mrs. Christina Tsiligkiri who has expressed her desire to run initiatives focused on the sport activities and the social integration of people with intellectual disabilities for the last three years both at the European Multisport Club Association (E.M.C.A.) and the sport info day of the European Commission. This idea was totally accepted by four European multisport clubs (Hask Mladost, Red Star, Lazio Parachuting and APOEL) and was approved by the European Union. Since the project kick-off in January 2019, the club has implemented a variety of actions aimed at promoting the social inclusion of these people and raising public awareness about the difficulties they face in their daily lives. In March, Olympiacos organized the ‘’Sports for All’’ Conference emphasizing on the importance of sport activities for people with disabilities. Moreover, the club runs a social media campaign with videos of athletes that support the project and disseminate its message. The last event highlighted the project goals organizing sport activities for these individuals. The project finishes in June 2020 and the project partners have already planned the next actions so as to encourage the social integration of people with mental disabilities.

Christina Tsiligkiri – Olympiacos General Secretary: ‘’It's an emotional day and I am very happy to see that all the athletes, the academies, the coaches are here to help people with mental disabilities. The purpose and the message of this event are that these people are not socially excluded. It’s an important part of our society and we want to integrate them, play and discuss with them and understand that there is nothing different that keeps them away. This event is just one of our actions. We plan a range of actions aimed at helping people and social groups who face problems’’.

Stavroula Antonakou - President of the O.P.A.N.: "The club initiative to support people with disabilities is very important. The Municipality of Piraeus supports these actions and defends the right of these people to play sports. Our country seems to be inhospitable for these people because of the lack of infrastructure. We try to promote the message of sports for all organizing many actions. I would like to congratulate Olympiacos and promise that the Municipality of Piraeus will be always next to such actions’’.

The Priest Nikodimos Farmakis - Director of the ‘’M.Kokkori’’ Institution: "It’s a great pleasure for us and we would like to thank Mrs. Tsiligkiri and the Olympiacos Administration which promotes sports for all and is very sensitive to people with mental disabilities. It’s very important for our children to have the chance to show their love, their smile, their sensitivity and their happiness. It’s a very important event which includes sport activities for people with mental disabilities’’.

Dimosthenis Stamatatos - Vice-Mayor of Nikaia-Renti: "Congratulations to the organizers for this nice event. Indeed, Olympiacos has shown once again that supports the vulnerable social groups, such as people with disabilities and how this can be combined with the sport which promotes culture and also better conditions through any problems that have arisen".

Ioannis Maronitis - President of UNESCO in Piraeus and Islands: "A very important initiative like this makes us all happy. It’s very important that these children and people of the most vulnerable social groups participate in this sport event which focuses on people, sport and culture’’.

Stella Christodoulou – Women’s Volleyball Captain: "I would like to congratulate Olympiacos for this initiative. Sport is for all and this is proven once again. Sport is the strongest tool for the social integration of vulnerable groups. All athletes support this action and would like to see these people with their real smiles’’.

Areta Konomi - Women’s Volleyball Athlete: "It's a very good initiative of the club to support vulnerable groups contribute to the socialization of these people through sport and bring them closer to us. We really want to support them and we are very happy about it".

Branko Kovacevic - Women's Volleyball Head Coach: "A very beautiful event today takes place in our sporting hall for people with disabilities. The Olympiacos family supports them and makes them feel as a part of our family and society. We are very happy to join this action’’.

Fernando Munoz Benitez - Men's Volleyball Head Coach: "We are very happy to be here today to support this club's action. It is very important for a club such as Olympiacos to carry out such initiatives that offer happiness to other people and we are proud that as members of this family are also involved in such actions. "

Antonis Vourderis - Men's Volleyball Assistant Coach: "We enjoy ourselves showing our social profile because Olympiacos is not just about the pressure of the games to win cups and championships. We have sensitivities and are happy to see those who really need it, to have a good time. The sport venues are not only for professionals but also for all’’.

Giorgos Petreas - Men's Volleyball Athlete: "These are the most important issues to be close to people that need our support. It is a very important initiative of Olympiacos that shows its social profile again supporting people with intellectual disabilities. We are happy to participate in such actions’’. 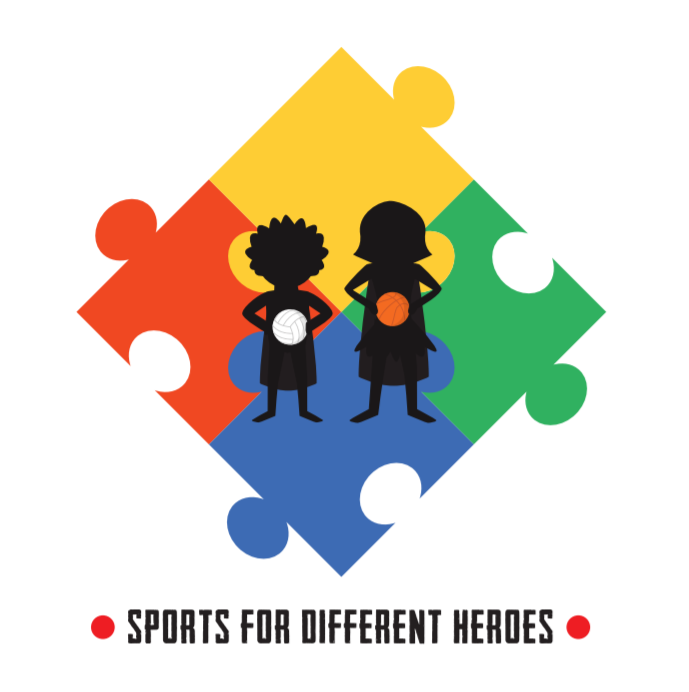