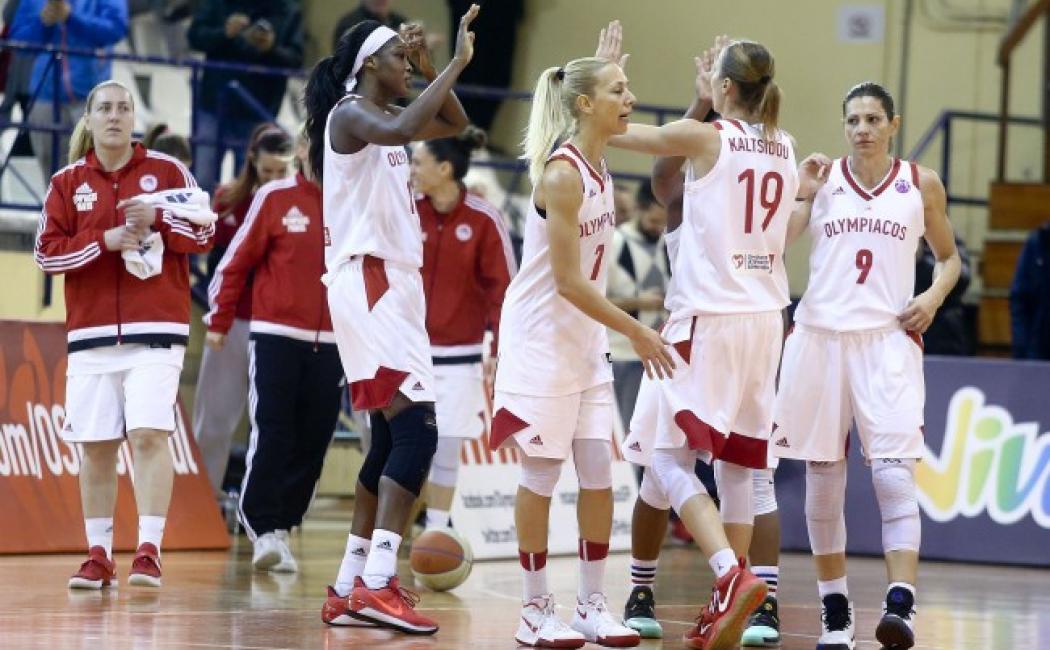 Although it had a good performance during the game, Olympiacos lost by Sepsi 59-55 in the Play-off round. The ‘’Reds’’ kept the lead for the largest part of the game but finally defeated for four points and needs to win the re-match in Glyfada’s sporting hall so as to qualify to the top-16 of EuroCup. Anderson scored 19 points and Maltsi added 15.

Olympiacos started well and run a 6-0 streak to take a 3-10 lead. Macaulay added another two-point shot but Fontaine stopped the Reds’ run with two free throws (5-12). Maltsi and Kaltsidou buried two consecutive shots to boost the Olympiacos’ lead to 10-18 at the end of first period. Sepsi replied with a 6-0 run and Webb hit a triple to put the hosts ahead for first time (22-21). Anderson scored two free throws and Chatzinikolaou joined a three-point shot to bringing the ‘’Legend’’ within 27-26. Two consecutive shots by Mazic and Anderson put Olympiacos back ahead (29-31). However, Sepsi closed the first half with a 4-0 run and took the lead again (33-31).

Olympiacos started the second half with a 8-0 run. The two teams played hard defense for the rest of the quarter. Anderson scored with a drive but Sepsi replied with a 6-0 run to tie the game (41-41). Macaulay and Maltsi scored for the ‘’Reds’’ to give a 41-47 lead. Olympiacos increased the margin to +8 in the first minutes of the fourth period (45-53). Sepsi reacted with a 5-0 streak and Marshal tied with a layup (53-53). Although Maltsi scored a two-point shot, Marshal added four points again at 39’ (57-55). Olympiacos lost two attempts, Sepsi scored two free throws and finally won the game. Now, the ‘’Reds’’ need to beat with more than four points in order to qualify.

Missas stated: ‘’Congratulations to Sepsi for the victory. It was a tough game with changes in the lead. We lost the game because of our attack. We made a good effort on the defense but we lost many free shots. So, we couldn’t react and stay close to score. There is a re-match in Greece and we have to improve our offense and follow our defensive plan. Of course, we have to be more careful and make less turnovers in the next game.’’

Anderson said: ‘’As the coach mentioned it was a close game. Both teams played had and could have been better. We know that we are able to be better on the defense and offense. Congratulations to the other team and now we need to be prepared for the next game.’’