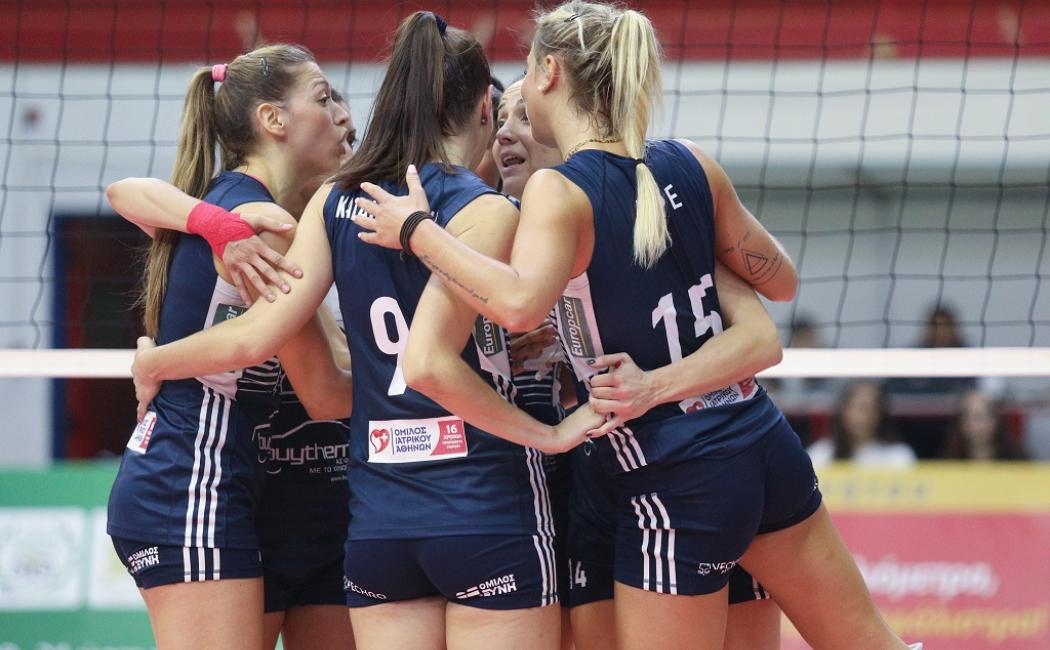 Olympiacos did a perfect start in the CEV Women’s Challenge Cup dominating against Porfyras with 0-3 easily in the Rentis sporting hall. Olympiacos was decisive in the beginning of the game and made the first step to qualify to the next round proving that it’s at a higher level than the opponent. Now, the team wants to secure the qualification in the second leg on Wednesday 20 November and face the Israeli one Hapoel Kfar Saba in the second round.

The Head Coch Branko Kovacevic stated: "The final result shows that it was an easy win. For sure, Porfyras played better than in the championship game. We started strongly, with a good block in the first set, showed that we were in good form and took the game seriously. We played a good defense throughout the game and reached the final win".

Ana Zivojinovic noted: "It was an easy game. The most important issue is our performance; we played strongly and have to prepare for the upcoming toughest games. We want to keep going at a high level and be better and better every time’’.