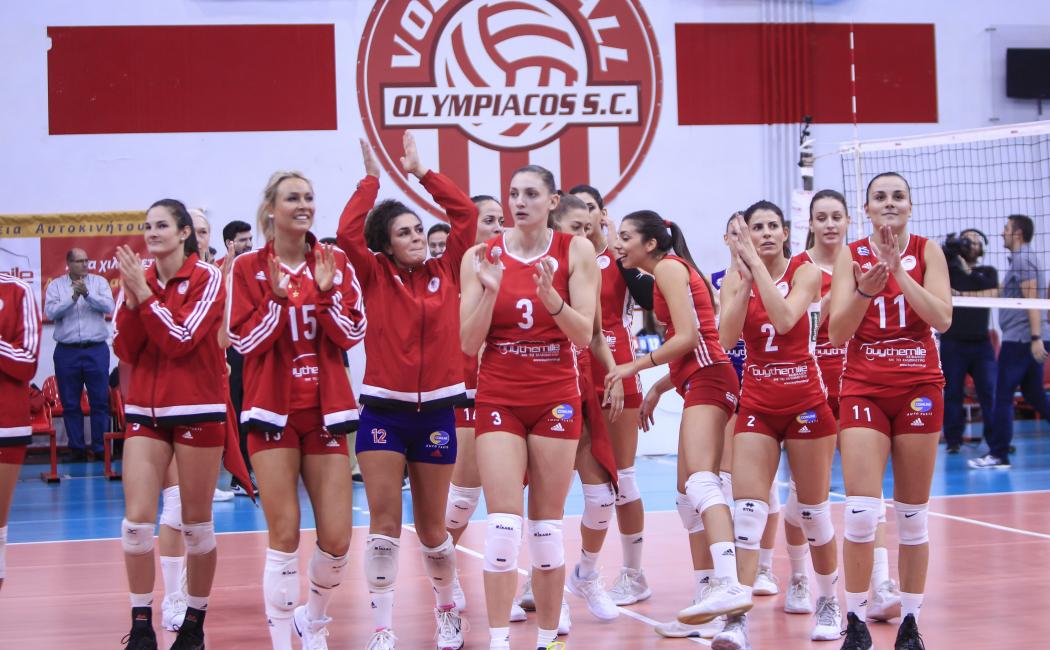 Olympiacos did an ideal start to the Challenge Cup winning 3-0 against Diekirch in the first game of the first round held at the Renti sporting hall and made an important step for the qualification to the next phase breaking two records within 48 minutes.

Olympiacos won two sets in 27 minutes breaking the record for the largest margin in a set as dominated with 25-2 in the second one. In the first set, it also had an outstanding performance winning 25-4. The second record was the largest victory of a Greek team in a European competition since 1999 when the score system was established to 25 points per set. Olympiacos also kept the third set under control and beat 25-12 ensuring an easy victory.

Branko Kovacevic stated at olympiacossfp.gr: ‘’Our current opponent wasn’t so good but this isn’t our problem. I'm glad because the girls took the game seriously and played very well. Playing seriously in every match is the way to achieve the goals we have set for this season’’.

Laura Emmonts underpinned: "The key was the serve because we created lots of problems and scored easily. We knew it would be an easy game, but we had to face the opponent seriously as we always have to do. We did a good start in the competition and go to Luxembourg to seal the qualification in the next phase.''.