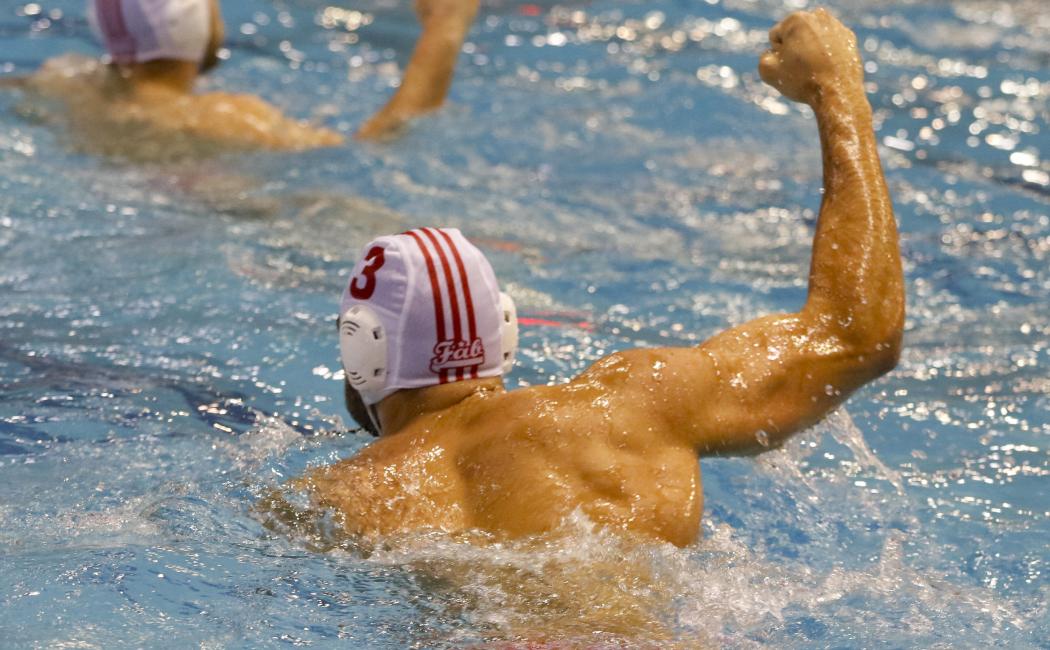 The men’s water polo team secures the qualification to the Final-8 held in Hannover on 6-8 June participating in the final stage of the Champions League for the fourth consecutive year. The European Champions won Hannover with 17-7 easily at Papastrateio in the 13th matchday of the group stage and are waiting for the last game against Verona to finalize their position in the group ranking. The “Reds’’ had an excellent performance leading with 6-0 in the first period and were ahead with 10-2 in the half time. A remarkable issue is the debut of Manolis Zerdevas who played in the second half.

The Head Coach, Thodoris Vlachos stated: “It was an important victory to secure the qualification to the final-8 for the fourth consecutive year. I would like to congratulate my players and the fans who attended the game and supported us once more. In the last four years, we have won a title and have played in two finals which means that it’s a successful period. We started very concentrated and didn’t allow the opponent to react. I kept the players focused, serious, aware. In the next 40 days, we have another European game on 15 May and the finals of the Greek championship. We have to be healthy and ready for the final-8 so as to play as European champions and defend our title. Manolis Zerdevas is one of the promising players and I am happy to join our club. The club can contribute to his dreams and personal goals’’.

Manolis Gerdevas mentioned: " am very happy that I finally competed with Olympic cap. Overall, the team is pleased to have achieved the important goal of the year. We keep on going because the next games are the most crucial for the titles. Now, we are preparing for the match against Verona and the finals of the Championship’’.

Dimitris Nikolaidis underpinned: "We played a very good game and proved who the European champion is. We have a last game that we will handle it with seriousness and concentration. In Hannover, we would like to prove our quality. But until then, we have another game in the group stage and the Greek championship playoffs’’.