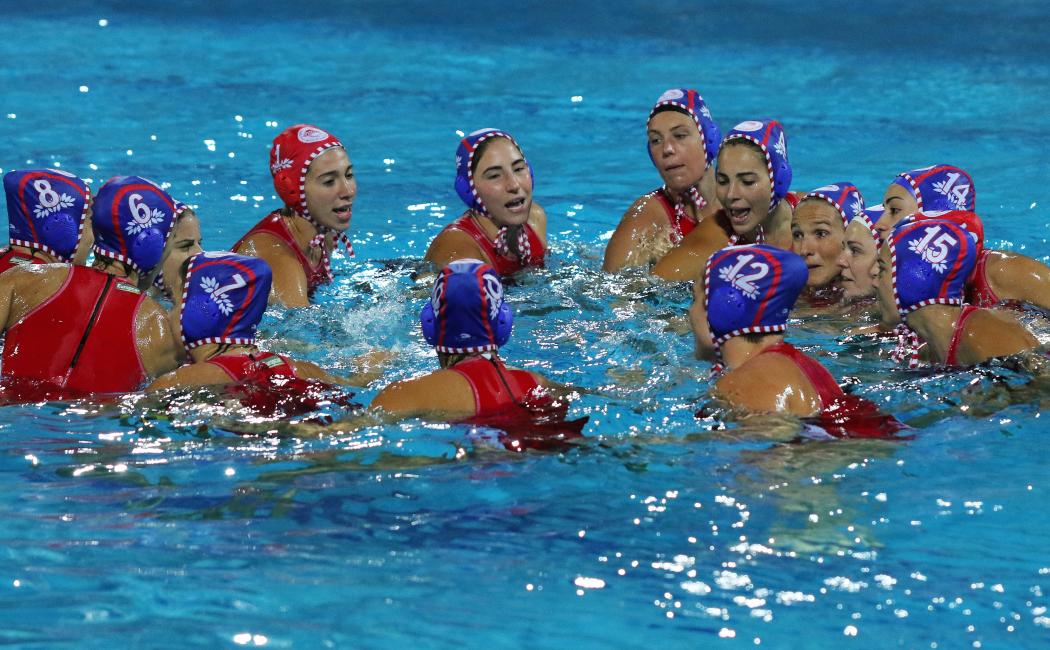 Secured the first position and qualified to the quarter-finals!
Sunday, 27/1/2019

Olympiacos celebrated the qualification to the quarter finals of the women’s water polo Euroleague after the draw (9-9) against Padova in the last game of the third qualifying group and secured the first position. The “Reds’’ started well, took the lead and reacted to the Padova’s pressure showing their dominance and taking the first position in the group. The next opponent will one of Sant Andreu (Spain), Vouliagmeni and Ekipe Orizzonte (Italy).

The Head Coach, Charis Pavlides stated: "We could have won this game but it’s always had to do here. We were ahead with 9-7 1:30 before the end. We kept the first position and qualified to the quarter-finals. Now, we are waiting to know our opponent in the next phase. If we play as we can, we will qualify to the Euroleague final-4’’.

Alkisti Avramidou mentioned: ‘’Our first goal was achieved. We secured the first position and the qualification. We are in the best eight teams in Europe. The game was very strong. We played well and controlled the match even though the arbitration wasn’t good and the final result didn’t fully reflect the match. Now, we have time to correct our mistakes and see who will be our opponent in the next phase. Sant Andreu is a Spanish team, we know Vouliagmeni well and Ekipe Orizzonte is a popular team and was in the last year Final-4. We will be waiting the draw and work to qualify to the Final-Four’’.