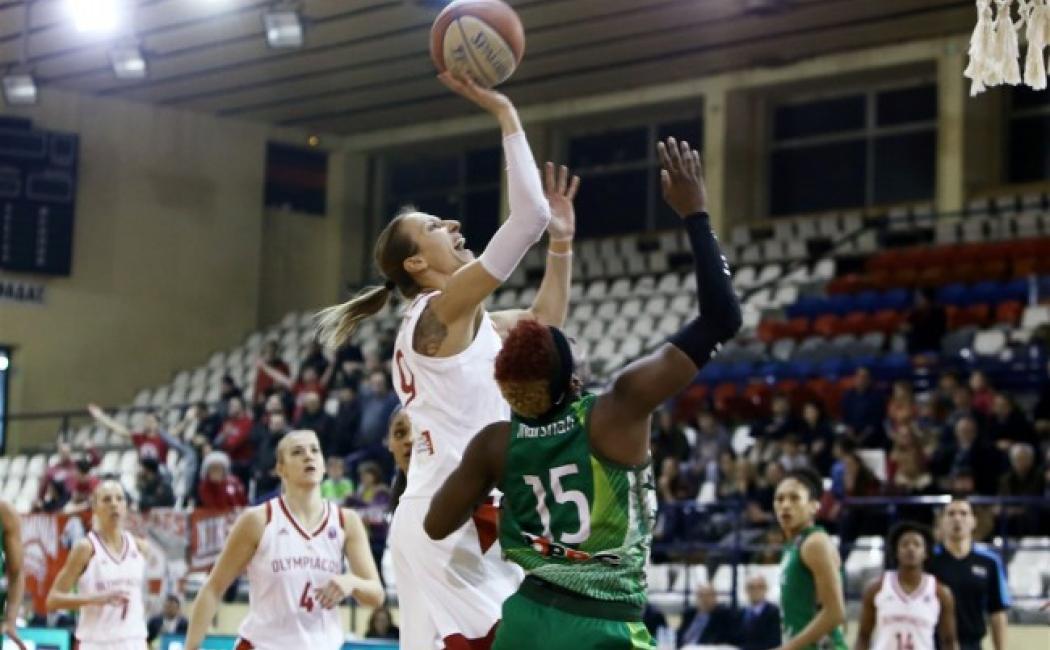 Having an excellent defensive performance, Olympiacos won Sepsi 67-56 and qualified to the top 16 of EuroCup. The ‘’Reds’’ imposed their rhythm from the beginning of the game with Maltsi scoring 17 points and Macaulay adding 16.

Kaltsidou shined early with a goal-foul but Sepsi replied with a 7-0 run. A three-point shot by Chatzinikolaou and a drive by Kaltdisod went the ‘’Legend’’ ahead again 8-7. Then, Olympiacos run an 8-2 streak to boost the margin to +9 (17-9) and the first quarter ended 17-12. Macaulay put two free throws and Maltsi joined a three-point shot to make it a double-digit game, 22-12 early in the second quarter.  Olympiacos stayed concentrated to the defensive plan and didn’t allow Sepsi to react which didn’t score for four minutes. Kaltsidou, Macaulay and Maltsi fueled a 10-0 run to boost Olympiacos’ lead, 37-16, at halftime.

Olympiacos started the third quarter with the same way. The free throw of Macaulay and Kaltsidou and a drive by Maltsi increased the difference to +25 (43-18). Sepsi reacted with a 8-0 run but Maltsi hit a triple again (51-28). Marshal achieved to reduce the margin below the twenty points (55-36) at the end of third quarter. The bad offensive choices of Olympiacos players allowed Sepsi to close more (59-45) at 35’. The ‘’Legend’’ continued to be scoreless and the Romanian team kept close (61-52). Then, Chatzinikolaou hit a triple to ensure the victory and the qualification for the ‘’Reds’’.

Missas stated: ‘’It was a great victory. We had a good defensive performance in the first half and followed our plan absolutely. I regard that our defense made the difference when we made some mistakes and finally we got the result to qualify to the next stage. Now I believe that the games will be harder and we hope to play well against a good team. Now we have to focus on the next game for the Greek Cup. We ought to be concentrated especially on the offense.’

Maltsi said: ‘’We are very satisfied with the result as we had a good performance. We had a great teamwork and that’s the reason we qualified to the next round. Congratulations to Sepsi for the effort.’’