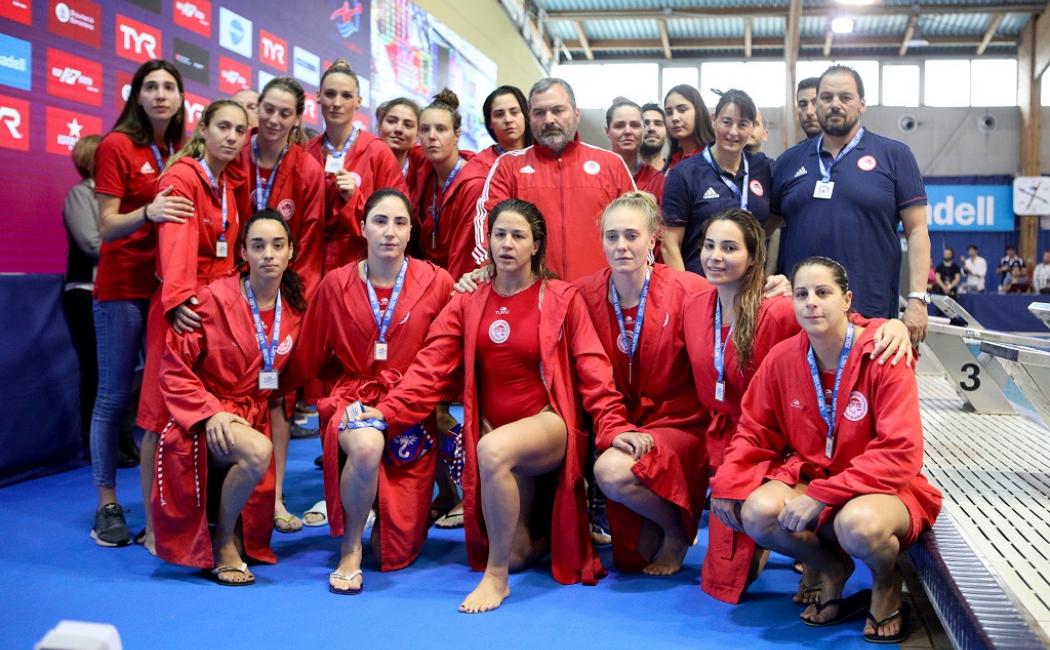 Olympiacos claimed another European title against the host in the final but Sabadell won the game and the trophy exploiting the man-ups in the last attempts. The ‘’Reds’’ had an impressive performance and although was defeated, are in the European  elite. The team of Charis Pavlides played with passion and soul but didn’t achieve to win. Olympiacos took a dream start and had the control but a bad performance in the last few minutes, allowed the hosts to overturn the score and win the trophy. Sabadell staged an amazing 5-0 run in the last five minutes to claim their 5th trophy in nine years while the Greeks will long remember that missed penalty which would have given them a two-goal lead 3:28 minutes before the end. The ‘’Reds’’ would have won the fourth European trophy but the last referee decisions didn’t allow them to claim the victory. The club fans created a fantastic atmosphere as they didn’t stop singing even after the medal ceremony.

Charis Pavlides mentioned: ‘’We fought until the end. We seemed to control the game and could win the title but the referee decisions and our mistakes didn’t allow us to claim the victory at the end. Congratulations to all the athletes for their effort. We fought and could have a better result".

Hannah Buckling stated: "We followed our plan during the match, pressed our opponent until the last minutes and surely, we are disappointed to lose in the final but proud of our effort. I am very proud of being a player of a top club like Olympiacos’’.

Filio Manolioudaki: "We came here with a dream. We were very close and played very well for three periods. Surely, it was a special moment for me as it was my last Final-4. However, the defeats make us stronger. Everyone attended the game, can realize that we played in a very strong venue and atmosphere. We would like to thank our Presidents, Vangelis Marinakis and Michalis Kountouris, who are always on our side. We couldn’t be here without their support. We have been in the European elite for so many years thanks to the administrative and the financial stability they offer. Now, we are focusing on the next successes of our club’’.