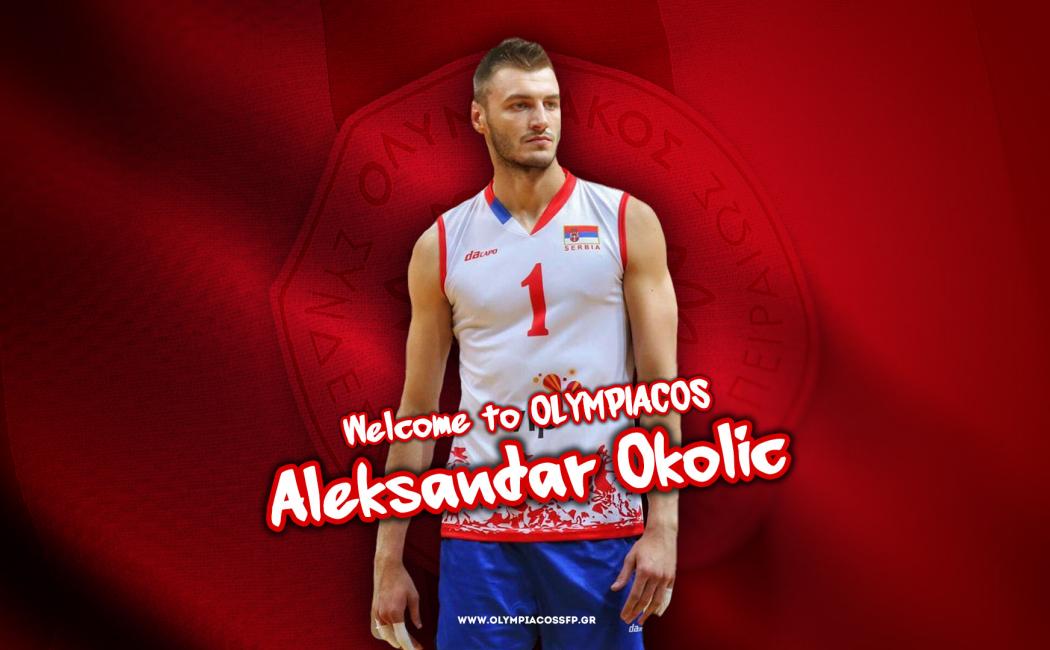 Olympiacos announces the agreement with Aleksandar Okolić. The international Serbian Middle-Blocker (Date of Birth: 26/7/1993) has a height of 2.05m and signed a  contract with the men's volleyball team.

«I’m really excited that I will be part of the team. I will give my best like I always do to prove my presence and my position and try with the team to win everything. I love Greece ,it’s amazing to live there. I Can’t wait to come and to start working with the team! Greetings to the fans and like I told before, all my emotions will be spent on the court and everything I have will be left there...».