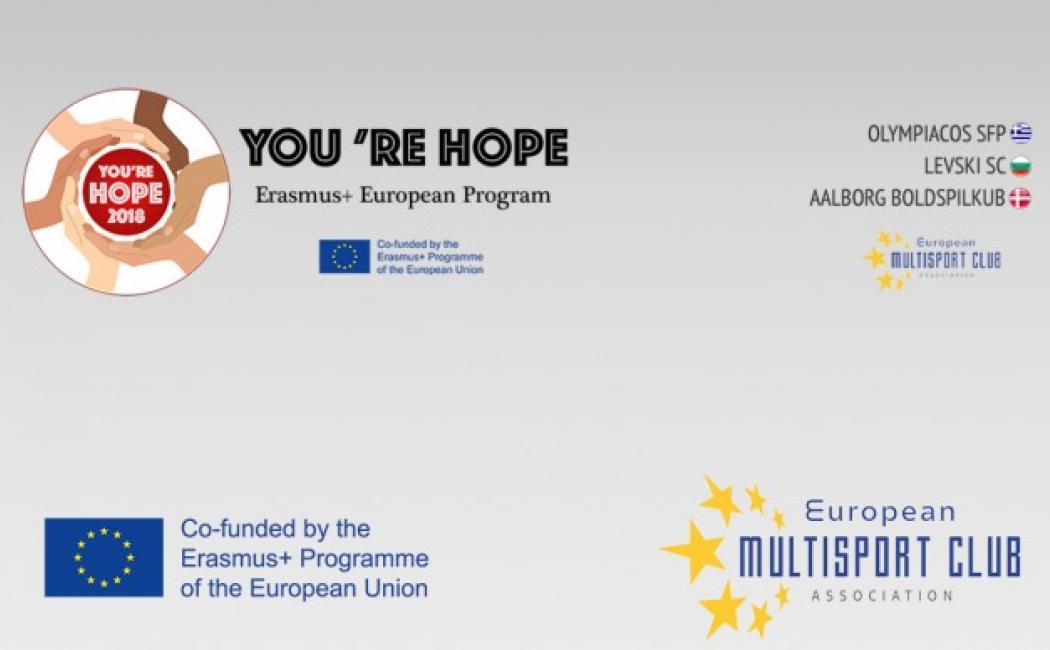 Olympiacos continues to dominate in the European Erasmus+ sport programmes. Delegation of our club, headed by the General Secretary, Christina Tsiligkiri, will be present in the annual meeting of the European Multisport Clubs (EMCA) in Brussels.

The EMCA members will have the opportunity to discuss the running projects with Olympiacos participating in two of them, Sport My Way and You’re Hope which officially starts in the coming days and our club is going to be the leader.

The most important issue of the meeting is the discussion about future Erasmus programmes which will be implemented in 2019 and 2020. The partners will present their proposals with Olympiacos having prepared four ones. In a previous meeting, the representatives of our club introduced their proposals and all of them received positive comments by the other members.

As an active member of EMCA, Olympiacos participates in the European programme ‘’Erasmus+ Sport’’ for third consecutive year in cooperation with 17 European multisport clubs.

This year, our club is the leader of the project ‘’You’re Hope. The main aim of the project is the social inclusion of the refugees through sport in the local communities of the partners. It will take place in cooperation with Levski Sofia, AaB Af 1885 and International Organization for Migration (IOM) during 2018. The most important actions of the programme are the research about the most popular sport disciplines in the areas where most of the Migrants come from and the organization of multisport activities for refugees with the participation of the athletes, trainers and supporters. The first meeting will be held (5 and 6 February 2018) in Piraeus where the partners will discuss the final issues for the implementation of the project.

If you are interested in this project, you could be informed about its plan and its activities on the website www.yourehope.eu  and on the Facebook page You’re Hope (@YoureHopeEU).