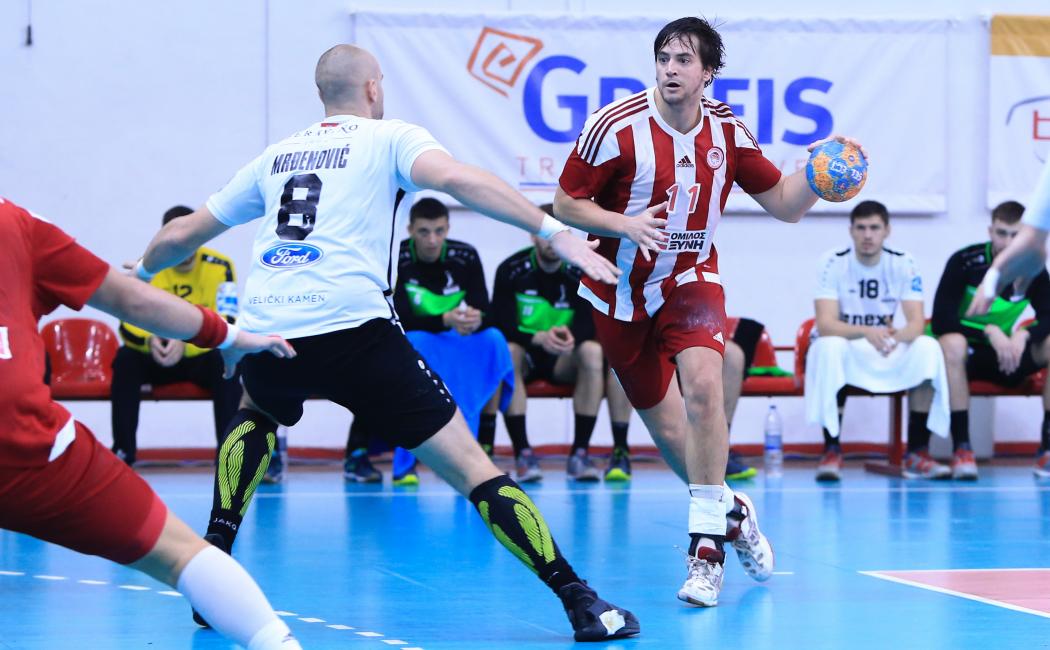 In an exciting game, Olympiacos lost in details (22-25) in the first game of the third EHF Cup qualification round held at the Renti sports centre. Although Sanikis, Liapis and Kontis were absent and Lemos sent off, the ‘’Reds’’ performed against a very strong team well and kept the lead in the largest part of the game. The next game will be held in Croatia on Saturday (24/11).

The “Reds’’ started the game well and led with 7-6. Then, the Croatians did a 3-0 run to go ahead (7-9). Olympiacos replied with Kritikos and Tziras to tie the game. Patrick Lemos was sent off and Nexe led with two goals again. The ‘’Legend’’ reacted again and equalized to 12-12 immediately with the consecutive goals of Arapokopoulos and Reina. In the last phase, Kritikos scored for 14-13 which was the final score of the first half.

In the second half, the Croatians took the lead again but Olympiacos replied with 3-0 run to boost the margin to two goals (17-15). Nexe reacted and scored three consecutive goals but Tziras did 18-18. Tziras was the player who equalized again (20-20) before Nexe led with two goals (20-22). The Croatians went ahead with three goals for first time (21-24) and maintained it until the end.

The Head Coach, Giorgos Zaravinas stated: " am very proud of my players. We played well against a strong team taking into account the injury problems and Lemos sending-off. However, we were very close to the game and some mistakes cost us at the end. I am very pleased and proud of the players".

Luis Felipe Reina mentioned: "Nexe is a much better team but we were very competitive. We had some turnovers and the opponent took advantage of them. We could have win with 1-2 goals. We have to do our best in the second game so as to claim the qualification".