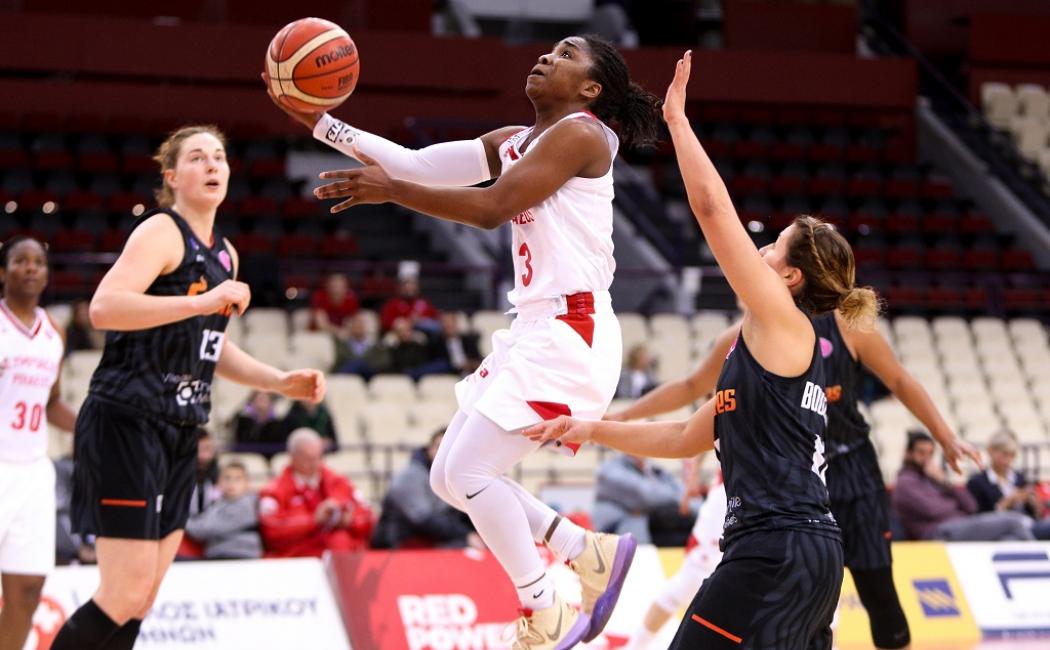 Olympiacos did its best performance in Euroleague winning Carolo Basket with 79-54 in the 13th match-day. The “Reds’’ were amazing in the first ten minutes taking a lead of 16 points. The team kept the game under control and was ahead with 25 points (46-21) at the end of the first half. Olympiacos remained dominant and had an excellent defensive performance getting the second victory. Thomas scored 17 points and Pavlopoulou added 14.

George Pantelakis stated after the game: "I think Carolo played for the qualification today and wasn’t indifferent. The last performances were good both at home and away games but we achieved greatly. We were very focused on the defense and the attack. Olympiacos has proved that fight in any game and at the end, we have got two victories taking into account the inexperience and the circumstances cost us some defeats. We have another game to finish our European journey and will try to finish the season as competitive as possible. I would like to wish good luck in the Cup and we are happy to celebrate the qualification in the final’’.

Johnson mentioned: "In the game against TTT Riga, we weren’t so good as we can. Today, we were better offensively and got the match. We are usually bad in the third period but stayed focused, did difficult shots and got the victory. Our defence was also impressive. Congratulations to us and the coach’’.