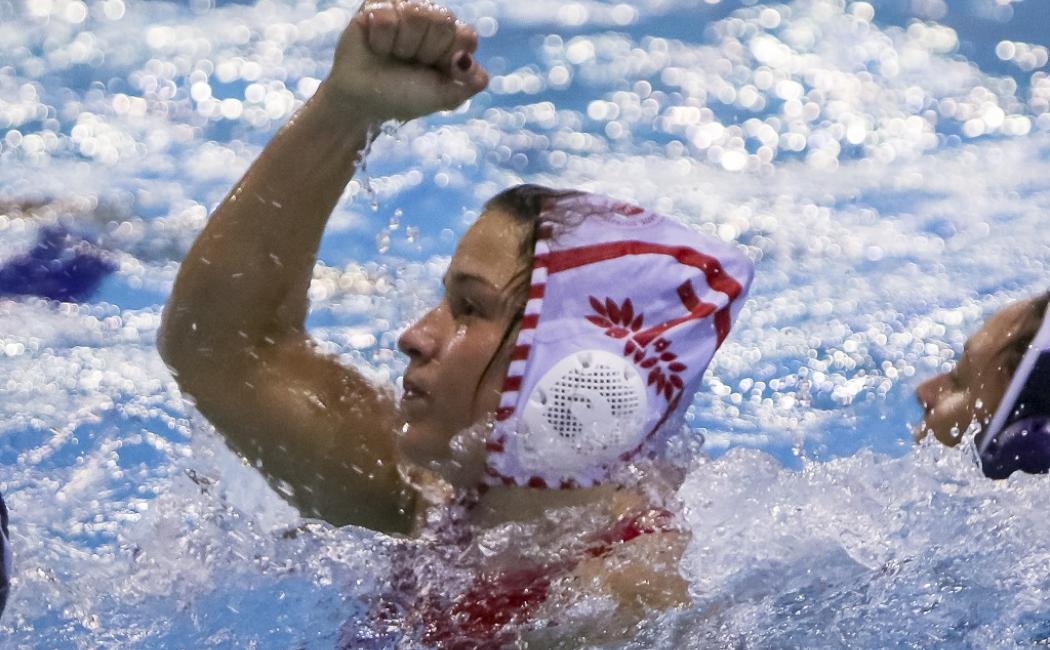 An impressive victory against Khanty-Mansiysk!
Saturday, 26/1/2019

Olympiacos was the winner in the game against Khanty-Mansiysk (20-6) in the second day of the third Euroleague qualifying group. Having an excellent offensive and defensive game, the ‘Reds’’ imposed their rhythm and got the second victory in the group stage making another important step for the first position. The next game is against Padova which hosts the group and will be held on Sunday (27/1) at 13:00.

The Head Coach, Charis Pavlides stated: ‘’It wasn’t an easy game as the final score shows. It’s a good and quick Russian team but we played very well. We had a good rhythm, scores lots of goals in the game and our defense was excellent today. It was a tough game and now we want to relax and be ready for the tomorrow one when we face Padova and fight for the first position’’.

Filio Manolioudaki mentioned: ‘’We have done two victories in our group. Yesterday, we were better on the defense as the Russians are very good but we found our rhythm on the attack and achieved a comfortable win. We are concentrating on the game against Padova which the most important. We want to show the same concentration and passion on the defense and hope that following our plan we will not have any problem’’.