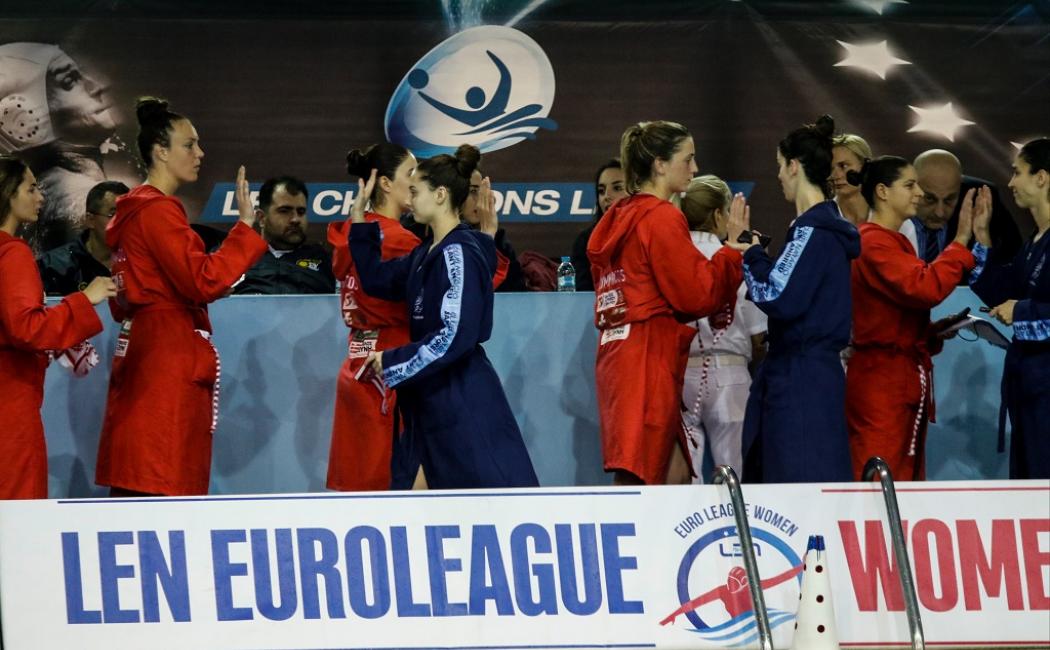 An impressive qualification to the Euroleague Final-4!
Saturday, 9/3/2019

The women’s water polo team did an impressive performance against Sant Andreu and qualified to the Euroleague Final-4. Having won the first game with a nine-goal margin in Spain, the “Reds’’ dominated with 10-6 in the rematch held in Papastrateio. Our team competed without Asimaki and Diamantopoulou who were injured, took the lead from the beginning and celebrated the qualification to the final-4 that will take place on 19 to 20 April.

The Head coach Charis Pavlides stated at Olympiacosfp.gr: "Since the beginning of the season, our goal was to go back the Euroleague Final-4. Now, we are aiming at  winning the trophy. We know that it’s very difficult as lots of teams can claim it. We are waiting the draw and the next opponent and hope that we will be ready and do our best. Today, we were missing two of our important players due to an injury but we played well in the defense and won’’.

The captain, Filio Manoloudaki mentioned: "Last year, we were very unhappy that we didn’t qualify to the final-4 but this year we are back. We were very concentrated and achieved another great victory. Our defense was very good as we conceded just six goals. We have more than a month to work and be ready. We dedicate this victory and qualification to the club which has its 94-year birthday tomorrow’’.

Maria Myriokekefalitaki said: "We are very happy to qualify to the Euroleague Final-Four. It was definitely one of the goals since the beginning of the year and we are pleased to do it. Now we are focusing on the Greek competitions as we play against Vouliagmeni on Wednesday and then, we have more than a month to prepare for the Final-4".