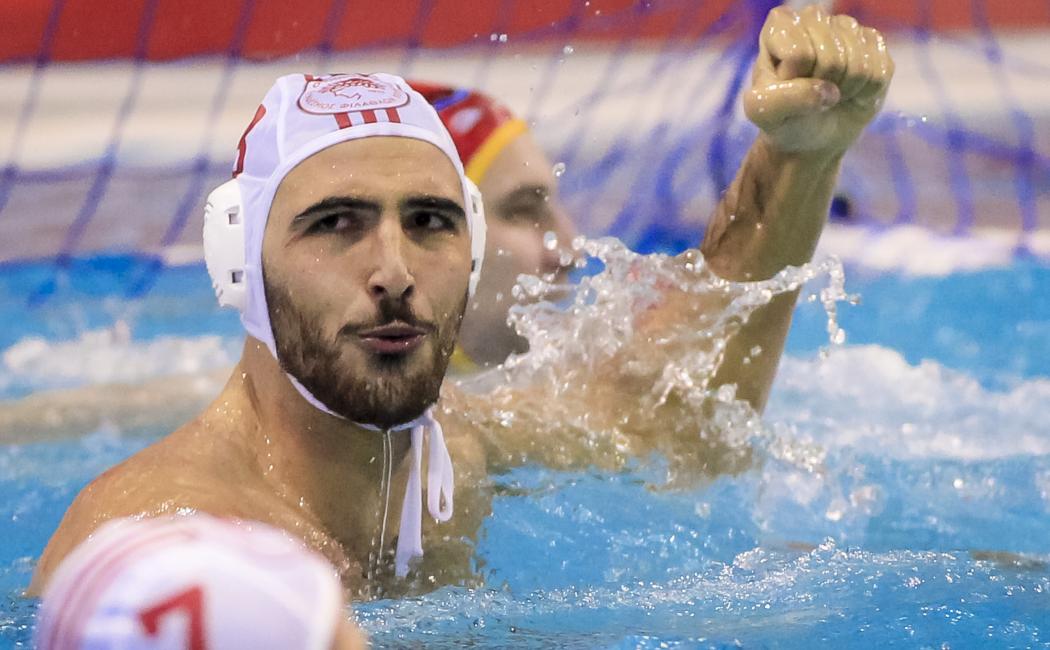 An important victory for the qualification to the Final-8!
Thursday, 6/12/2018

The men’s water polo team got an important victory on the way to Final 8 against Mladost (13-8) in Papastrateio in the Champions League fourth matchday. The European champions continued the good performances, doubled the victories in the second group and promoted to the third position. The ‘’Reds’’ kept the game under control from the beginning and never lost the lead.

Olympiacos took advantage of the man-ups and went ahead with 3-0 in the first period. The Croatians reduced to 3-2 but Dervisis replied and scored for 4-2. Mladost exploited the man-up but Dervisis got another goal for 5-3. The guests reduced again at 1:34 but Giannis Fountoulis did the second personal goal and gave a two-lead again (6-4) at the end of the first half.

Genidounias and Dervisis boosted the margin to four goals (8-4) at the beginning of the third quarter. The Croatians closed the score to two goals but Genidounas did 10-7 for Olympiacos. The Greek player was the one who increased the difference to +4 again and Fountoulis led to +5 before the guests replied for 12-8. Mylonakis added his name to the scorer's table getting the final 13-8!

The Head coach, Thodoris Vlachos stated at olympiacossfp.gr: “Despite the score, it was a tough victory for us. We didn’t feel secure at any moment of the game. We faced a team that played very strongly. We were good in several important points on the attack and on the defense. This match helps to improve our game and be more confident. I think that we will present a better performance and will be able to show our fans that we are the European Champions''.

Paulo Obradovic mentioned: "We won the three points and that's what we need for our future. We played well in general, certainly there are some issues that will need to improve. In the Super Cup final, we proved that we are a very good team and since the previous match in Papastrateio, started to have a good performance”.