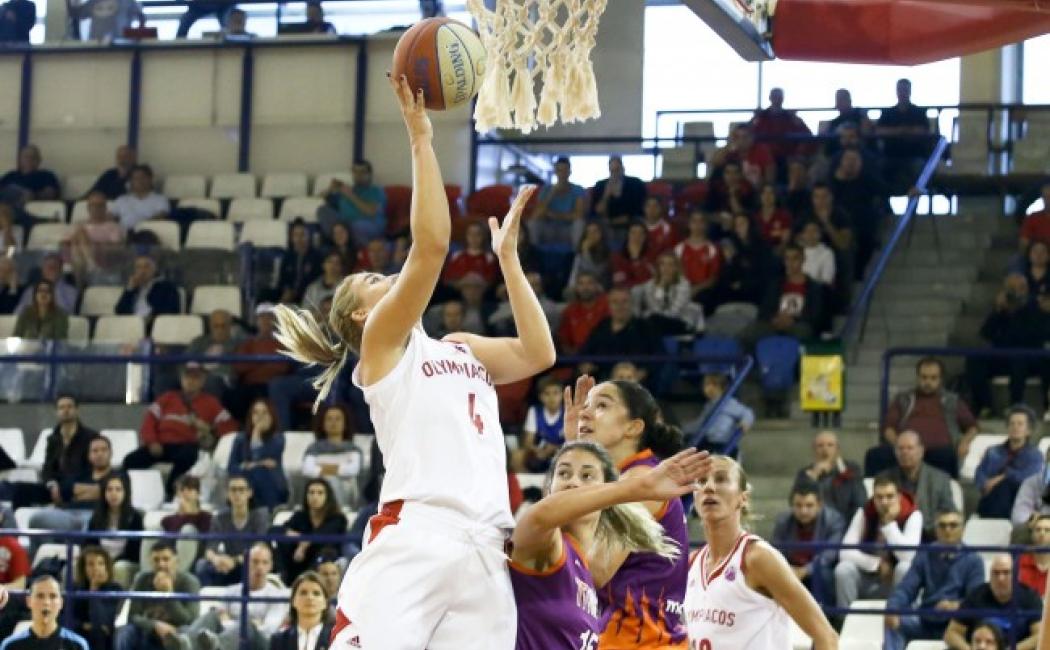 Olympiacos wasn't able to remain undefeated for the EuroCup. It lost by TTT Riga 72-78 at the Glyfada’s sporting hall in the 3rd day of the competition. The ‘’Reds’’ kept the game under control in the first half but the bad defensive choices and the fact that TTT Riga found solutions from three-points shots (11/23 3p) in the second one, led to the first defeat and got difficulties in the attempt to finish at the first place of the group.

Olympiacos began well and got to lead 8-5 at 5’ but Riga replied and went ahead 10-13. Four consecutive points by Anderson put the hosts back ahead (14-13) and Macaulay shined for a 18-17 Olympiacos lead at the end of first period. In the second quarter, a goal-foul by Anderson gave the lead to Olympiacos (24-20). The ‘’Reds’’ increased the margin to +5 (28-23) but the Latvians replied with a 9-1 run midway through the second period (29-32). However, the shots of Sotiriou, Anderson and Katsidou gave the lead to the ‘Legend’’ and the first half ended 39-38.

In the second half, the bad offensive choices of Olympiacos and the consecutive three-point shots of Riga players gave the lead to Latvians (48-59). Anderson hit a triple to reduce 57-61 at the end of third quarter. Olympiacos made an effort to come back and reduced to two points (64-66) at 3:24 before the end. Riga replied with a 4-0 run and Anderson added a triple again to reduce 67-70 at 38’. Sotiriou and Macaulay stepped up for Olympiacos bringing the hosts within 72-74 (24’’). Two free throws by Stewart ensured the victory for Riga (72-78).

Kapogianni said: ‘’Unfortunately, we lost this game. We were good on offense but Riga has good shooters who created problems on our defence. Now, we have to correct our mistakes and be prepared for the next games.’’

Missas stated: ‘’Today our problem was the defence and the offensive rebounds. These two factors led to this result. Kreslina was amazing. She took too many shots and we shouldn’t leave her. We have to improve the individual defence in the next games. We had good offensive choices but we need more concentration and exploit the weaknesses of the opponents.’’

Anderson said: ‘’We faced a very strong team which has top players on scoring and rebounds. Now, we need to focus on the next goal and return to the victories.’’