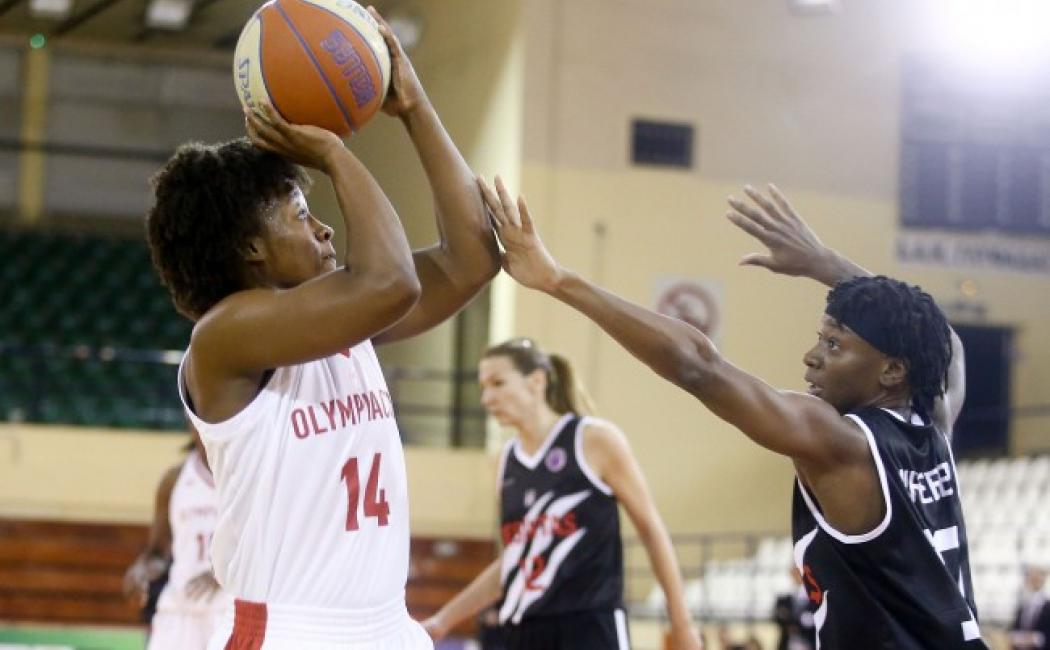 Easy victory over Besiktas and qualification to the next round!
Wednesday, 22/11/2017

Olympiacos did what he had to do and won against Besiktas 68-45 in the fifth day of EuroCup. The ‘’Reds’’ secured their qualification to the next round with this victory and focuses on the next game against TTT Riga for the first place of the group. Kaltsidou led with 20 points and Anderson added 19.

Olympiacos ran a 12-0 streak in the first four minutes of the game. In the rest of the first quarter, the ‘’Legend’’ kept the same tempo. Anderson, Macaulay and Spyridopoulou shined for a 22-7 Olympiacos lead at the end of first period.

Besiktas tried to close and started with a 6-0 streak in the second quarter. Increasing its defensive pressure, the Turkish players kept Besiktas within 25-17. Spyridopoulou and Kaltsidou added four points and helped the hosts to a double-digit margin, 29-17. Mazic scored a two-point shot to end the quarter with Olympiacos up 31-21.

The third quarter was characterized by the good defence both of the teams, especially for in first five minutes (35-24).  A free throw by Kaltsidou and a two-point shot by Macaulay increased the margin to +16 (42-26) with Olympiacos keeping its strong defence. Sotiriou hit a triple to boost Olympiacos’ lead to +18 (47-29).

The fourth quarter started with a two-point shot for Olympiacos and then Besiktas reacted by running a 11-2 streak 11-2. A free throw by Kaltsidou and a three-point shot by Maltsi led the difference to +17 three minutes before the end. The game ended 68-45 and Olympiacos qualified to the next round of EuroCup.

Quotes:
Kapogianni said: ‘’First of all, we are satisfied with the tonight victory as we qualified to the next round and so, we achieved our first goal. Although we didn’t have a good rhythm, our defence was excellent for another time.  The lack of the games and the Εvina Maltsi’s return after her injury influenced our performance but I think that we will solve any tactical problem soon.’’
Kaltsidou: ‘’It was an important victory as we followed our plan in the largest part of the game. Our defence was very strong and now we focus on the next game in Latvia which we want to win and be on the top of the group. We are happy for this victory but we have to aim as high as possible in order to become better and better.’’
END_OF_DOCUMENT_TOKEN_TO_BE_REPLACED