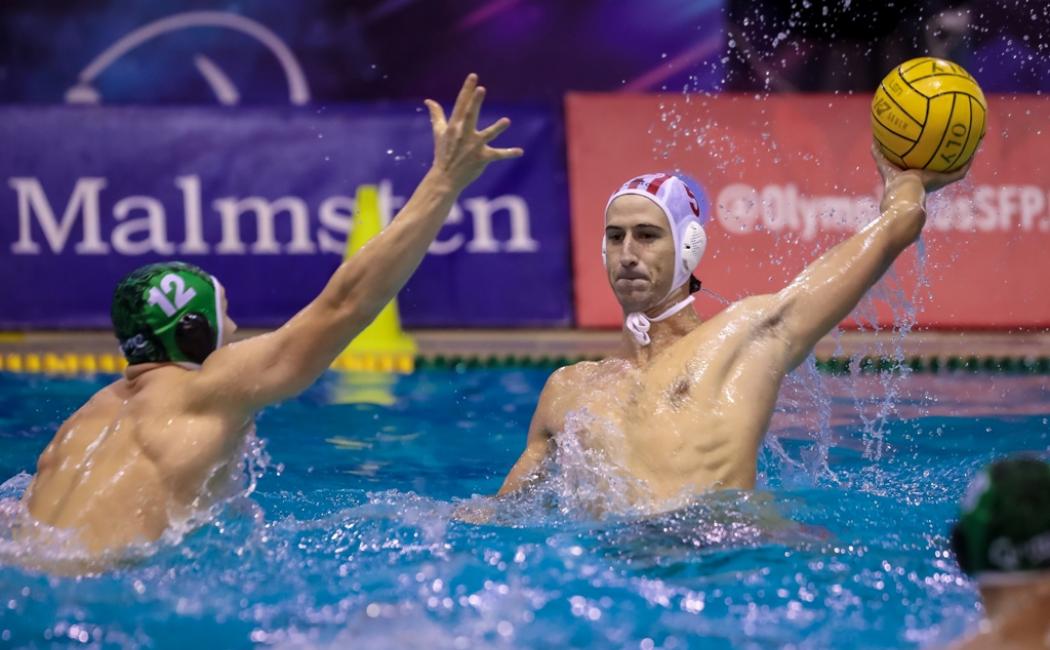 The men’s water polo team celebrated the second victory in the Champions League as they won against Sintez Kazan (10-8) at Papastrateio. The Reds doubled their victories against the tough Russians in the first European home game having the support of their fans and now, are focusing on the next match against Jadran Carine on 29 October. Olympiacos kept the control and went ahead since the start until the end and could have reached the victory easier if didn’t drop the rate of the man-ups in the second half.

The Head Coach Thodoris Vlachos stated: "I was expecting such a game as the Russians are a tough team with lots of good and international players. It was the first game in Piraeus, in front of our fans. I think that my team was a bit anxious throughout the game. We started well offensively, did easy goals from in the man-ups but also wasted a lot of attempts. Our defense was improved but our attack remained static during the game. I believe that the victory is the most important issue. We did another one at home and it doesn’t matter which the opponent is. I hope that the team will be better and better in every game”.

Maro Jokovic mentioned: "We knew that we would face a tough team. We made some serious mistakes in the man-ups as we didn't follow the coach instructions but I think that we can be pleased with the result. It's the sixth official game of the year for us and the second one we've played all together and I think that we will be improved in the next few games."