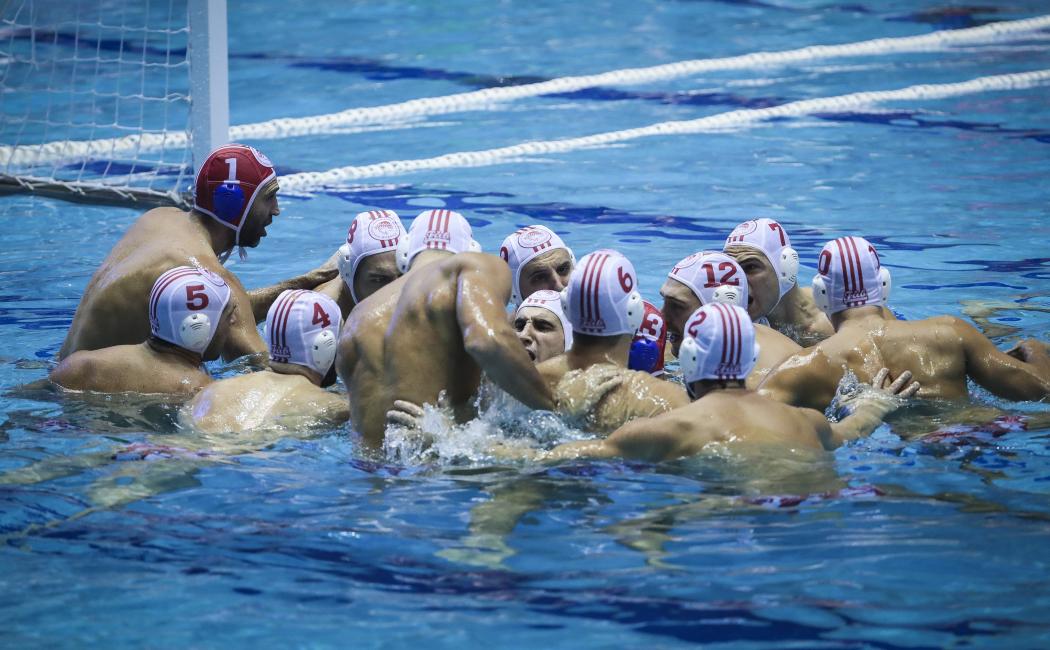 A dominant performance against Spandau!
Saturday, 13/4/2019

Olympiacos did another important step for the qualification to the Final-8 winning 11-3 against Spandau for the 12th Champions League game held in Berlin. The European Champions need a victory in the last two games to secure the qualification in the final phase of the top European competition for the fourth consecutive year. The ‘’Reds’’ will fight for the victory in the next game held in Papastrateio on Wednesday 24 April so as to celebrate the qualification with the fans. As far as the game is concerned, Olympiacos was dominant having an impressive defensive performance. The hosts hold our team to a 2-2 draw in the first quarter but didn’t score again until the last period when they reduced to 3-11.

The Head coach Thodoris Vlachos stated: "We won more easily than we expected. We were ready to win and secure our qualification to the Final-8. We need two victories to get it, did it and now, we are focusing on the next game against Hannover in our home to participate in the final phase for the fourth consecutive year. We were very concentrated on our defense and very good offensively which are very important’’.

Giannis Fountoulis mentioned: "We have achieved a victory that brings the qualification to the Final-8 closer. We keep focused to get two more victories and secure the qualification as well. We were very serious today emphasizing on defense and kept our opponent in three goals’’.