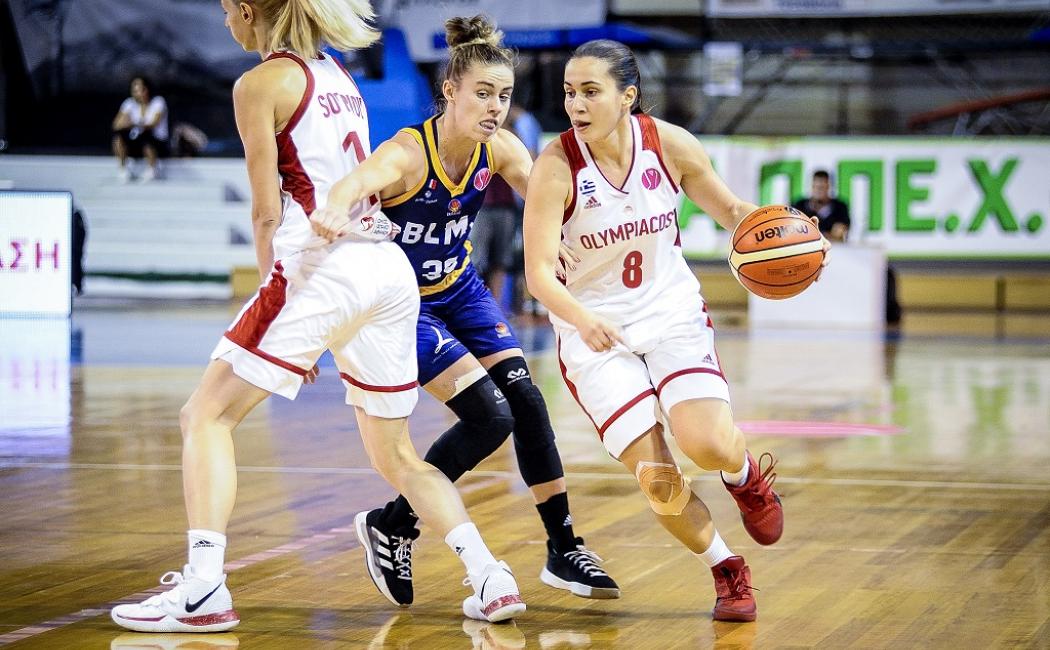 The women’s basketball team was defeated by BLMA with 63-66 in the match held in Chalkida. The French team started the game strongly but the “Reds’’ tied and led with 12 in the middle of the second period. Olympiacos was ahead with +8 (39-31) in the halftime and increased the margin to +15 in the third period. BLMA ran a strike and the match became a derby in the last quarter. The French team won and Olympiacos need a 4-point victory in the second math to qualify to the Euroleague group stage.

George Pantelakis stated: "It was a game against BLMA that we knew that it could be difficult. This is a team that has very good players. Our main goal was to control the pace, which we did for a very long time. We got a difference, but a bad foursome cost us the difference we had taken. We got a six point difference in the last quarter but at the end, two BLMA shots and our two missed attempts formed that score. In double games, you can't predict anything. Our goal is to work, to correct our mistakes, to keep up the good things, and I think we will be ready in Montpellier. We did it last year. Once the team has done it, they can do it again. "

Katerina Sotiriou mentioned: "I think that we were very good in the tactical part. We know that you cannot relax and underestimate your opponent at this level. We tried but didn’t achieve while we were close to the score. We showed our passion but didn’t get the victory or the margin we had at the beginning. On the other hand, the level is high. We have to react and play harder in France. It’s a traditional team with a very good level of basketball. We can get the result and the qualification”.