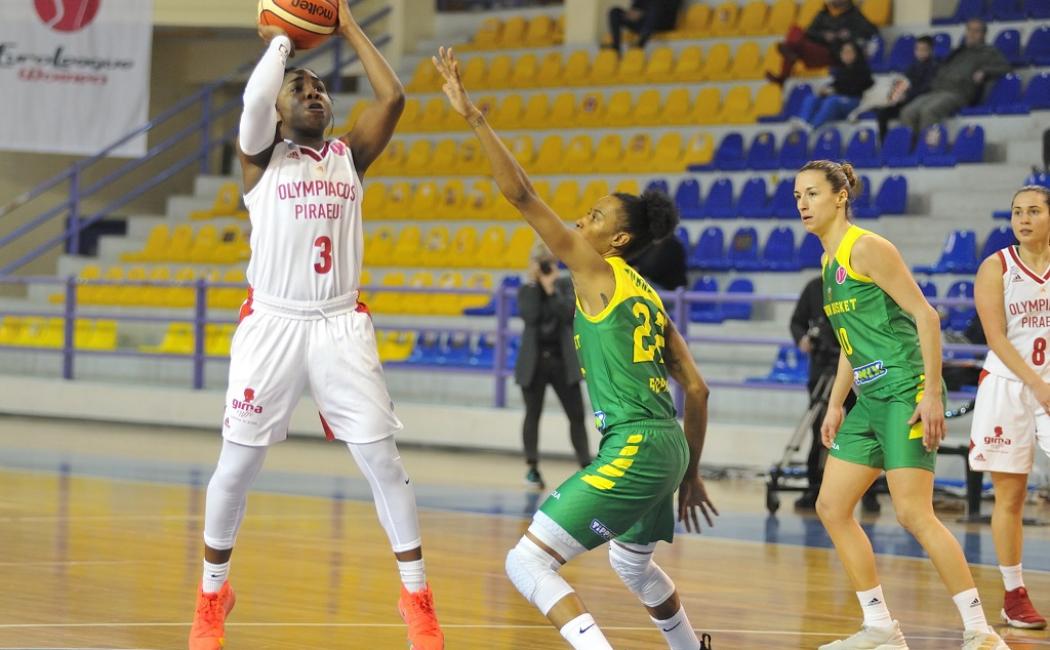 Olympiacos got a historical victory over Sopron (63-52) in the ninth Euroleague match held in “Tasos Kabouris” sporting hall. The “Reds’’ were better throughout the game and did their first win in the competition. The hosts began the game well and went ahead with two points in the first period. The guests tried to overturn the score but Olympiacos reacted and led with 28-25 in the half time. The team of Giorgos Pantelakis was amazing in the third period making a 22-11 run to boost the margin to +14 (50-36). The “Reds’’ led with 18 points (57-39) in the beginning of the last quarter, Sopron tried to close the score but didn’t achieve it and finally, Olympiacos won the first historical victory in Euroleague. Thomas was the first scorer with 15 points and Johnson added 11 ones.

Giorgos Panteleakis stated: "Our team has played steadily well in all the games. It was something that we had discussed in the training so as to be ready for the victory. Sopron is a very good team in our group and a team with a large budget that will qualify to the Final-4 at the end. Today, my players showed that were better in the court. I am happy and proud of them from the first game against Wisla when we showed our potential. About this game, we focused on our defense from the beginning. Sopron is a team of talented players who can score with lots of ways. We focused on the defense to Casas, Turner and Dupree who were the best players in Hungary. We went well and congratulations to my players for that. I am very pleased with the win. I was sure that we would win and I am proud of their performance. We have five games left and we need to win as many matches as possible’’.

Thomas underpinned: "It was a great game for us and a nice victory which improves our self-confidence. We were so close in every match and I think it was our time to win. We weren’t so good in the first half but were perfect in the second one. We did important shots having a good difference and won the match. It was a great game with a nice audience and did an important victory''.

Johnson mentioned: "It’s a huge victory for the club generally. We are always close to win against our opponents but today, we were 100% concentrated. As the coach said, we played well in the defense and did an exciting result’’.