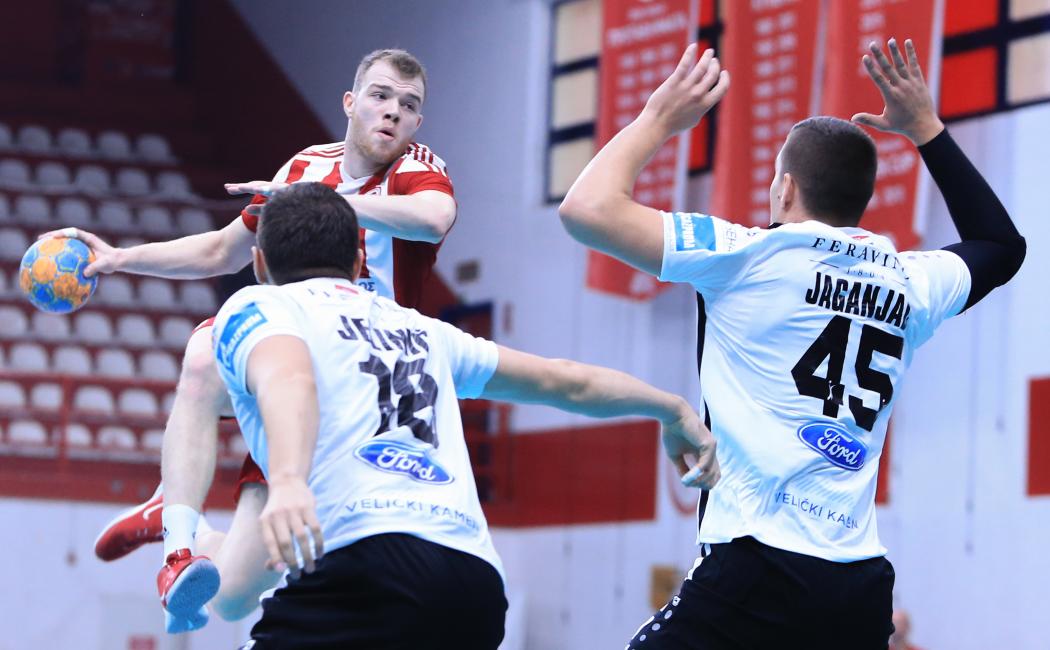 The men’s handball team completed its participation in the EHF Cup as was defeated 30-25 by Nexe in the rematch held in Croatia. After an impressive qualification against Komlo and the defeat in the first game in Piraeus, the ‘’Reds’’ were competitive in spite of the absences. In the first half, Olympiacos had a good performance against a strong and more experienced team. Now, the team focuses on the conquest of the Greek Championship and Cup for the second consecutive year.

Olympiacos was very good at the beginning and led with 3 goals (4-7, 9-12, 10-13). Then, Nexe did a 4-0 run and went ahead before the end of the first half. The Croatian team boosted the margin to 2 goals before the ‘’Reds’’ reacted and took the lead again (15-16). Olympiacos hold Nexe to a draw in the next minutes (18-18) but the Croatians reached 22-19 in the middle of the second half. Bubalo scored for 22-20 and missed the chance to reduce to a goal. Then, Nexe scored two goals immediately to increase the difference (24-20). The ‘’Legend’’ replied with Tziras but failed to close the score more and finally, lost with 30-25.

The Head coach Giorgos Zaravinas stated after at olympiacossfp.gr: "I am very happy with my players because they fought as much as they could. Everybody saw what happened to the referees, and at some point our physical integrity was also jeopardized. We took two red cards with Karabourniotis and Lemos while the referre decisions should have been opposite. Such performances make us stronger, especially against so stron opponents. I'm sure we'll be better when the injured players will be back. Our European journey ends here but I am very pleased with our performances and the experiences we have gathered”.

Andreas Arapakopoulos mentioned: “It was a powerful game today. We fought for the victory and the qualification in a difficult court. We had lots of absences and surely, the result could be different. Now, we focus on the Greek competitions to keep our lead. We have to take advantage of the experience we gained in the EHF Cup and practice it in the domestic competitions”.