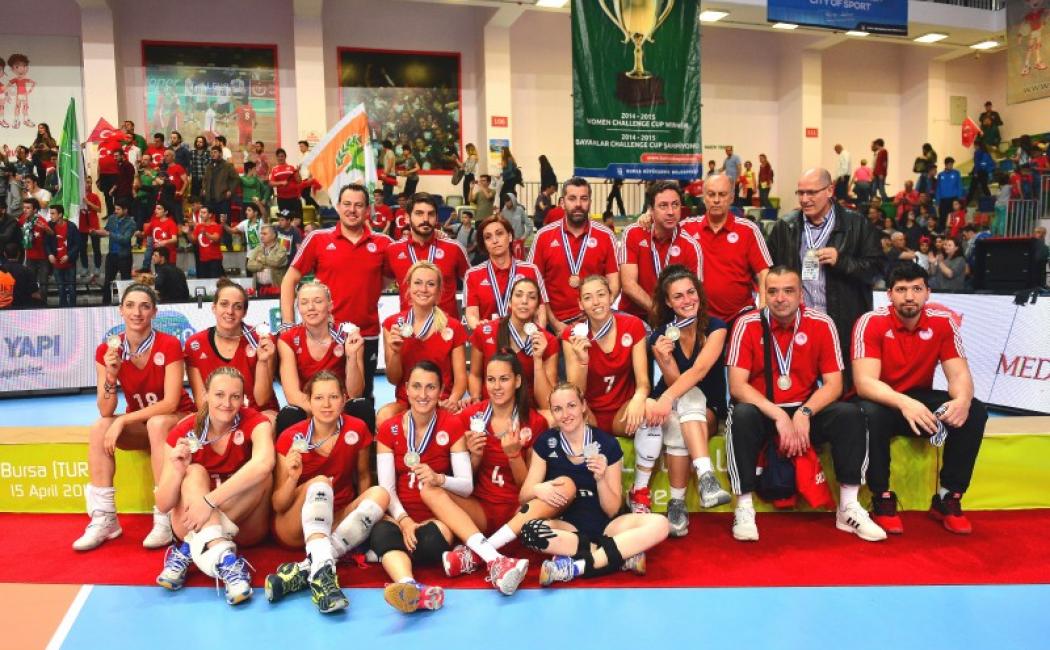 The impressive presence in the CEV Challenge Cup was completed with Olympiacos finishing in the second position. The ‘’Reds’’ competed for the trophy but was defeated by Bursa 3-0. This success satisfied the fans and created a legacy for the future offering important moments to the Greek sports. Olympiacos did an impressive run, won 8 games against strong opponents and qualified to the final in which fought against Bursa.

Bursa caught a flying start to the match, easily taking the first set (25-15) after breaking away following the second technical time-out. They continued their display of fine form in the second set as well (25-16) before the third one was a lot closer and more dramatic but with the support of the fans, the hosts finished it all off at 25-23 to celebrate their second continental crown in three years.