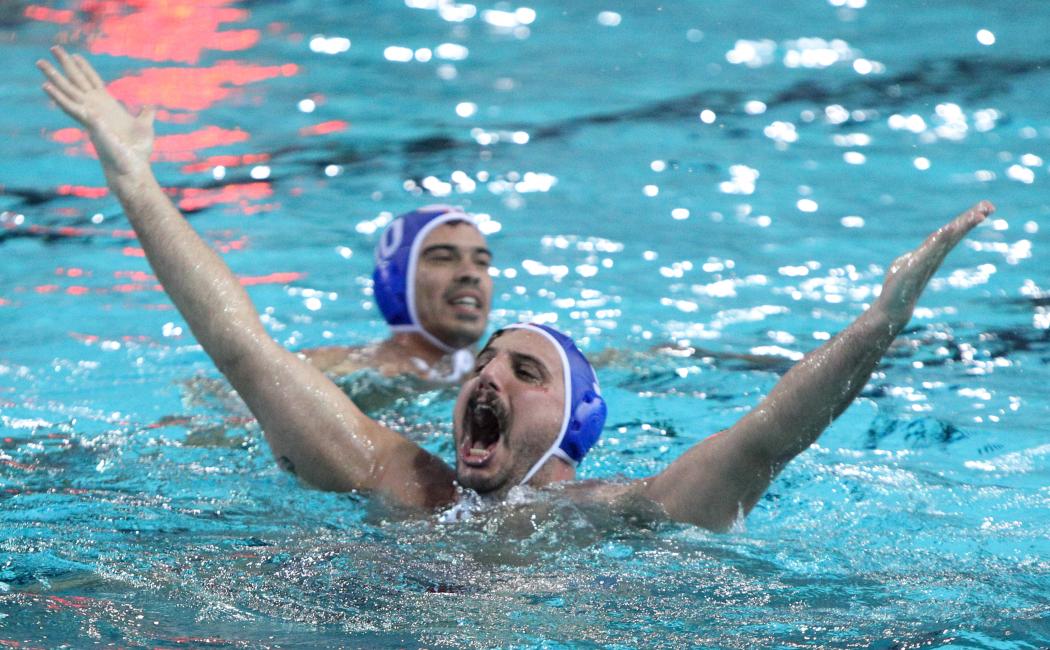 The men’s water polo team reached another great success in Hannover winning Pro Recco (12-11) and qualified to the Champions League final for a second consecutive year and for a third one in the last four years. The team of Thodoris Vlachos had an excellent performance and celebrated a huge success, reached the final so as to defend the title of European Champion against Ferencvaros. The most successful multisport club continues to make the fans and the Greek sports proud. In the today semi-final, the Greek team was dominant. The “Reds’’ were ahead in the largest part of the game and the great defense led to the victory against Pro Recco. An amazing goal by Genidounias was celebrated by the team and the fans who showed their strong support and helped the players to triumph.

The Head Coach Thodoris Vlachos stated: "We have participated in four final rounds and three finals in the last four years. Today, we achieved a great qualification against a strong opponent who was undefeated throughout the year and has a qualitative roster with a top coach. We had a better performance and our fans helped us to win. This is a great qualification against a strong opponent. Tomorrow, we have to be very good. We didn’t have any pressure on the today’s game as we are the European champions and I don’t think that will feel pressed tomorrow to win the trophy’’.

Fountoulis mentioned: “Pro Recco is a very good time but we weren’t afraid of the game. Unfortunately, the final is tomorrow and not today. It was definitely a great victory for the history of the club but if we don’t win tomorrow, it will be just a win. This will be the third final in four years which proves how strong our club is.  We show passion, soul and win strong opponents”.

Ntinos Genidounias commented: "We had to make an excellent performance to win a team like Pro Recco. The Italians had the pressure. We are the European Champions and we don’t have anything to prove. This cost them. The passion, the energy and the self-confidence gave us the victory”.

Stelios Argyropoulos underpinned: “The team has qualified to the final phase for four consecutive years and reached three finals. It’s a great success to be here but we want the European trophy. Pro Recco has a huge history and a roster of good players and coaches. But, we have the fans, the athletes and the coaches who are not afraid and can win it”.