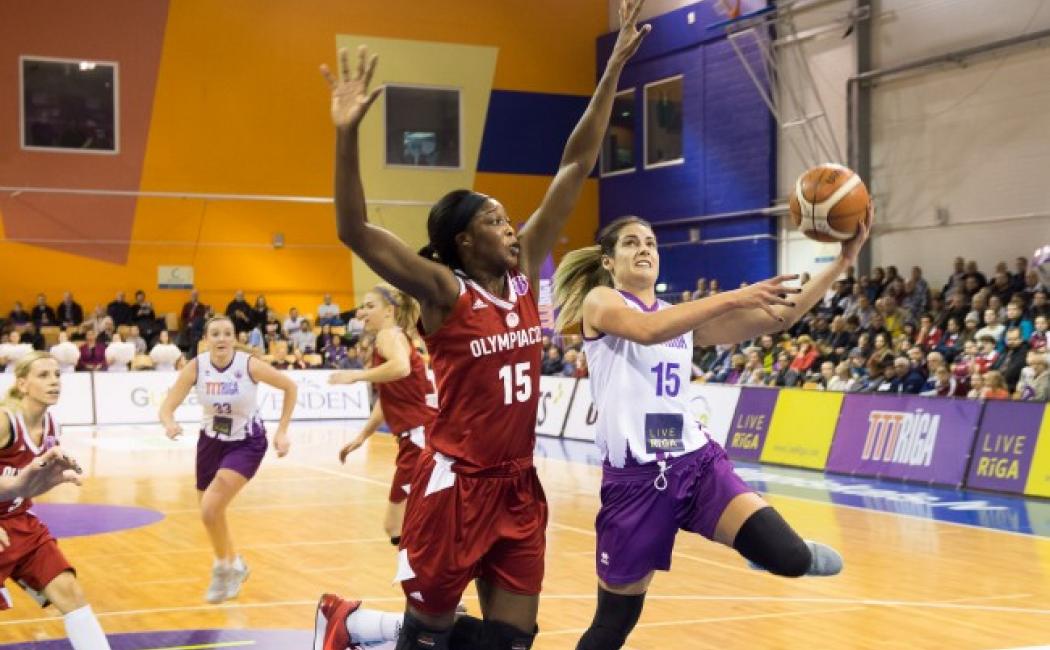 The bad performance of the third quarter led the team to the loss by TTT Riga (74-70). A 14-0 run by Riga was the main cause of the final result. Now, Olympiacos expects the draw for the next opponent in the next round of EuroCup. Stella Katsidou paced Olympiacos with 21 points and Macaulay scored 15.

Olympiacos started the match well and had a good offensive and defensive presence in the first quarter. Two shots by Katsidou and Maltsi gave a lead 6-13. Riga run a 6-0 streak but Kaltsidou scored again (15-17). The quarter ended with a goal-foul by Macaulay (15-22).

The ‘’Reds’’ kept the same rhythm in the second quarter. A three-point shot by Stamati increased the margin to +10 (17-27). Riga reacted again and reduced 24-28 but Olympiacos kept the game under control (24-31). Then, the Latvian team replied with a 9-1 run and took the lead of the game for a first time. Maltsi added five consecutive points to put Olympiacos ahead at halftime (35-37).

The third quarter started with some bad offensive choices by the two teams. Olympiacos stayed without score for four minutes until Katsidou and Macaulay shined for 37-41. Then, Riga capped a 18-3 run scoring consecutive shots for a 55-44 advantage at the end of the period.

Kapogianni said: ‘’Unfortunately, we defeated. I want to congratulate the team for the effort. A bad third quarter, the fantastic fans’ atmosphere and the great offensive choices of the opponent led to our loss. Our defence wasn’t good and faced problems on the attack. It was difficult to turn down a game against TTT Riga. However, we reacted and reduced the margin to 3 points. Then, some missed free throws and shots cost us the match. Ι am sure that will be better in the next games.’’

Kaltsidou stated: ‘’We weren’t concentrated to our defensive plan and we had problems on the attack. We didn’t make good choices and these details settle on the result. TTT Riga was better and worth the win.’’

Also, the Ambassador of Greece in Latvia attended the match and Olympiacos’ women basketball team gave him club’s souvenir so as to thank him.